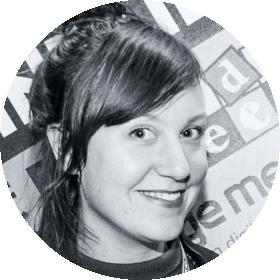 I work as a MEDIA programme advisor at the Creative Europe Desk NL, where I inform the Dutch audio-visual sector about the possibilities of the Creative Europe programme. Watching films is and has always been my number one hobby. From
Hollywood blockbusters to experimental auteur cinema: I watch it all. Filmgiven me an opportunity to either escape and/or to learn something new about the world and its inhabitants. But, most importantly: film often holds up a mirror, stimulating me to reflect on all sorts of issues.

While studying journalism, I worked in the box office of the charming film theatre Louis Hartlooper Complex in Utrecht. After that, I decided to combine my skills as a journalist and my interest in audio-visual art forms by working as a freelance press attaché and communication specialist. I’ve been working in the film sector for over ten years now, acquiring free media publicity for film festivals such as Cinekid in Amsterdam and International Film Festival Rotterdam.