Since 2017, DutchCulture has been making it possible to bundle Dutch cultural activities abroad and present them in an attractive way in interdisciplinary programmes. These programmes are developed by Dutch Embassies in the focus countries of international cultural policy in collaborations with Dutch partners. This interview with Ms. Hajin Lee, cultural policy officer of the Dutch Embassy in Seoul, South Korea, is the third in a series of interviews with the initiators of DutchCulture programmes.

Despite long-lasting mutual interests and a good many of exchange projects in art, design and architecture, South Korea is underlined in the Netherlands’ international cultural policy for the first time since 2017. The coinciding Winter Olympics of 2018 in Pyeongchang were a main factor in this decision. “We wanted to create something more around this unique occasion, where the country is not only busy with sports but also full of cultural happenings,” Hajin Lee says. She is the first cultural policy officer at the Dutch Embassy in Seoul. “We believed that the Winter Olympics would serve as an important momentum to strengthen the Dutch cultural profile in Korea.”

By the end of the Olympic year 2018, 408 Dutch cultural events in South Korea were tracked – a significant annual increase by 45%. The number clearly shows the positive impact of policy, and the resulted interdisciplinary cultural programme NEDxPO2018. It is the abbreviation of NEDerland x Pyeongchang Olympics 2018, with hints of two words: ‘next’ and ‘expo’, indicating the programme’s innovative future-oriented prospect. It overarchingly promotes all Dutch-Korean cultural exchanges in South Korea before and after the Winter Olympics. However, its four main sub-projects focused on two disciplines: visual arts and urban design/architecture.

“Up to this point, South Korean audiences have shown great interest in these disciplines,” Lee explains. South Korea’s cultural scene is dynamic, sensitive to trends, and consistently keen on expanding onto the international stage for its own promotion, and, more importantly, for exchange and collaboration with international partners.

The South Korean art sector recognises the Netherlands for its prestigious post-graduate institutes, such as the Rijksakademie van beeldende kunsten and the Jan van Eyck Academy. Arts Council Korea, the main national cultural fund, supported the country’s young talents to pursue their international career at the Rijksakademie for the past decade.

Also, the Dutch have a strong reputation in architecture and urban planning in South Korea. Lee: “These days, it feels even bigger with large-scale urban regeneration projects of Seoul designed by Dutch architects.” She illustrates: “For instance, the public sky garden Seoullo by Winy Maas of MVRDV and Sewoon district #4 will be renovated by KCAP Architects & Planners.” 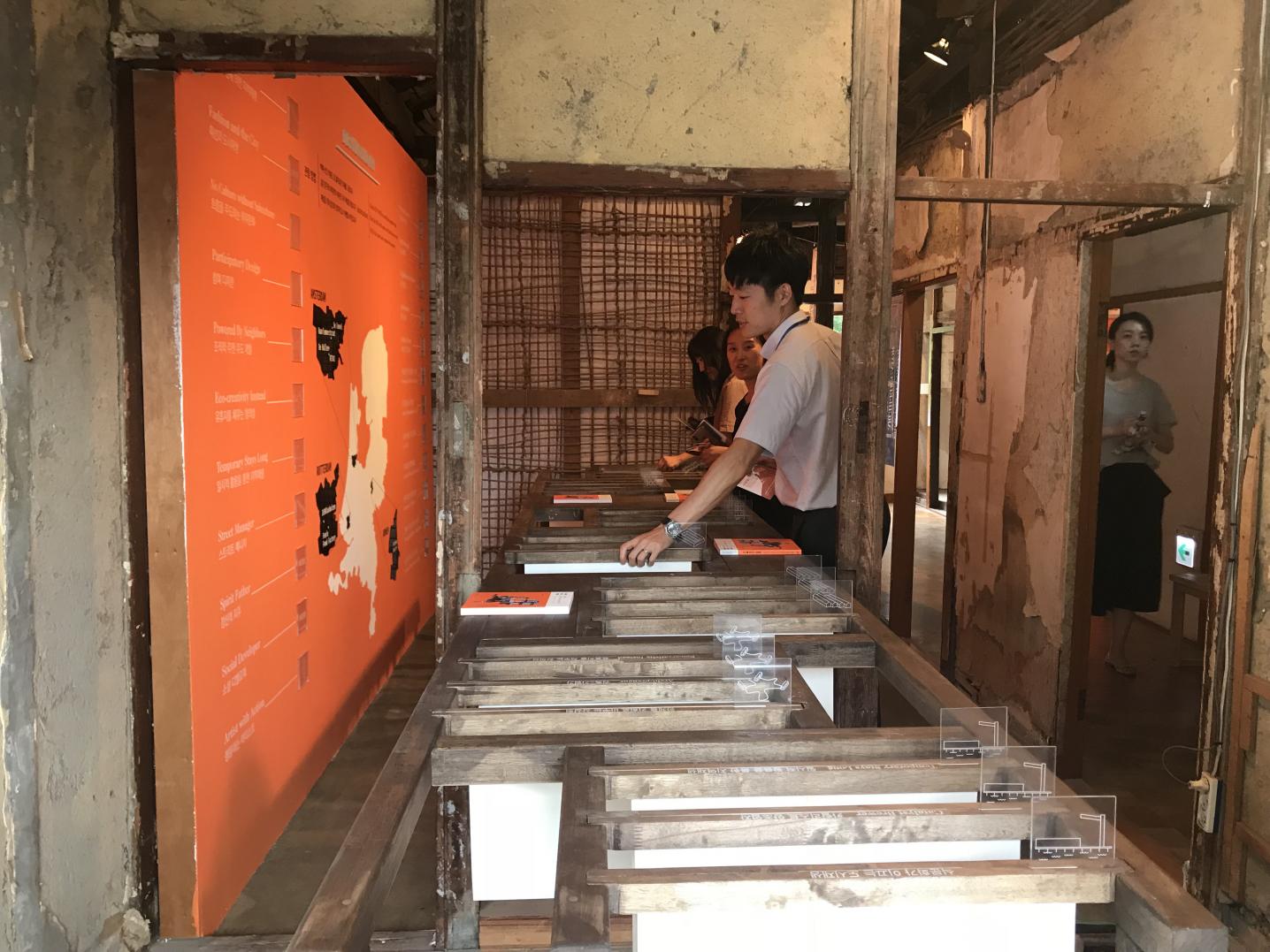 Knowing the existing interest and potentials, the Dutch Embassy in Seoul then played the role of matchmaker for the programming of NEDxPO2018. In consultation with DutchCulture and two relevant public funds – Mondriaan Fund and Creative Industries Fund NL, Hajin Lee started by talking to the cultural network, such as Ms. Bin Kim, a Korean urban planning professor who has studied in the Netherlands and is familiar with Dutch creative industries.

She also approached key stakeholders in South Korea’s cultural scene, like the National Museum of Modern and Contemporary Art (MMCA) and the Korea Foundation and cultural initiatives in the Netherlands looking at Korea as potential partner. “The Embassy provided a platform to help the cultural field from both countries connect better with each other’s stories, and develop their ideas into down-to-earth collaborative projects that featured NEDxPO2018.”

Looking back at the execution and feedback of the NEDxPO2018, Lee finds it important that the series of events reached out to a diverse and targeted group. The programme was well balanced in disciplines, project types and partner organisations. Lee: “Thanks to this diversity, general public in South Korea had a chance to enjoy and learn about Dutch contemporary photography. Meanwhile insights of Dutch art institutes in today’s dynamic art world were shared with Korean artists and museum professionals.”

The Netherlands and Korea have a lot of similarities in their character and culture, for instance both being smaller countries but big global players in various sectors
Broader cooperation

The programme also proved to be timely. Placemaking Alternatives in the Netherlands, a publication and exhibition project developed by Seoul-based start-up Urban Transformer, systematically introduced successful Dutch stories and cases of urbanisation to South Korean public and policy makers. The latter have been busy with regional regeneration towards more human-oriented, green and sustainable in recent years, especially in Seoul.

“It served as an inspiration and catalyst for broader cooperation between the two countries,” Lee tells. She specifically mentions the exhibition venue. Artspace Boan, had opened in 1930s as an inn until 2004. It is located in the historic neighborhood around Gyeongbok Palace and it was a legendary place in Seoul where the literati, artists and other people from cultural fields stayed and worked together. Thanks to the effort of the current representative, Boan reopened a few years ago as a cultural space with exhibition hall, book store, restaurant and accommodation for artists.

“The rebirth makes the place a living history and accommodation of culture,” Lee introduces. It was one of her favorite venues in Seoul and she even had ‘a sort of occupational crush’ that it would be great to collaborate with Boan, especially when it comes to the subject of urban regeneration. “I believe there are no better spaces to introduce Dutch placemaking initiatives and their behind-the-scene stories than Boan. It’s such a remarkable, culturally upcycled space in Seoul and they share a lot of stories with each other. It was a perfect match in that regard. It must have appealed to the audiences as it surely did to myself.”

The NEDxPO2018 strengthened cultural relations between makers, artists, institutions, and the Embassy. Lee emphasises that as the Embassy launched its cultural office since 2017, it is of great importance to establish a stronger position in the cultural scene of South Korea. “We are more visible now and known to important cultural target groups in Korea, which means we are expecting  more initiatives and cooperation between the Netherlands and South Korea. The Embassy is more than glad to play the role as stimulator for the cultural sector!”

By the end of the Olympic year 2018, 408 Dutch cultural events in South Korea were tracked – a significant annual increase by 45%
Cultural difference

As a South Korean native, Hajin Lee studied Dutch language and culture at the university in Seoul. She has been working ‘for’ the Dutch since she graduated. For Lee, a helpful aspect at work is that the Dutch international cultural policy is very clear in its directions. “This helps me a lot to work for the Dutch government as cultural officer because the policy is a great guideline. Of course we also have to figure out the counterpart: what South Korea’s cultural scene is like, read the market, and discover its interests and demands, and to reflect on those. But as we say: ‘a good start is half the work’, Dutch international cultural policy provides a firm ground to set up a cultural strategy of the Embassy. Furthermore, I find the whole structure organic. Cultural funds, institutes and government are organically connected to one another. Most of times it is clear who to talk about a certain initiative, which organization to first consult with, and so on.”

When it comes to cultural differences, Lee points out that in general it takes more time to develop something together with Korean, and to become partners. “In our culture, we first get to know each other better in order to work together.” She frequently advises cultural institutes in the Netherlands to first make a visit to South Korea and get acquainted with their future partners. Getting used to a bit of Korean formality in procedures might be of some practical use here, too. “But I think actually the Netherlands and Korea have a lot of similarities in their character and culture, for instance both being smaller countries but big global players in various sectors and demonstrating high efficiency in their own ways,” she says. “That is one of the reasons why I was attracted to the Netherlands and chose Dutch language as my major, and at the same time why I believe there are great potentials for cultural cooperation between the two countries.” 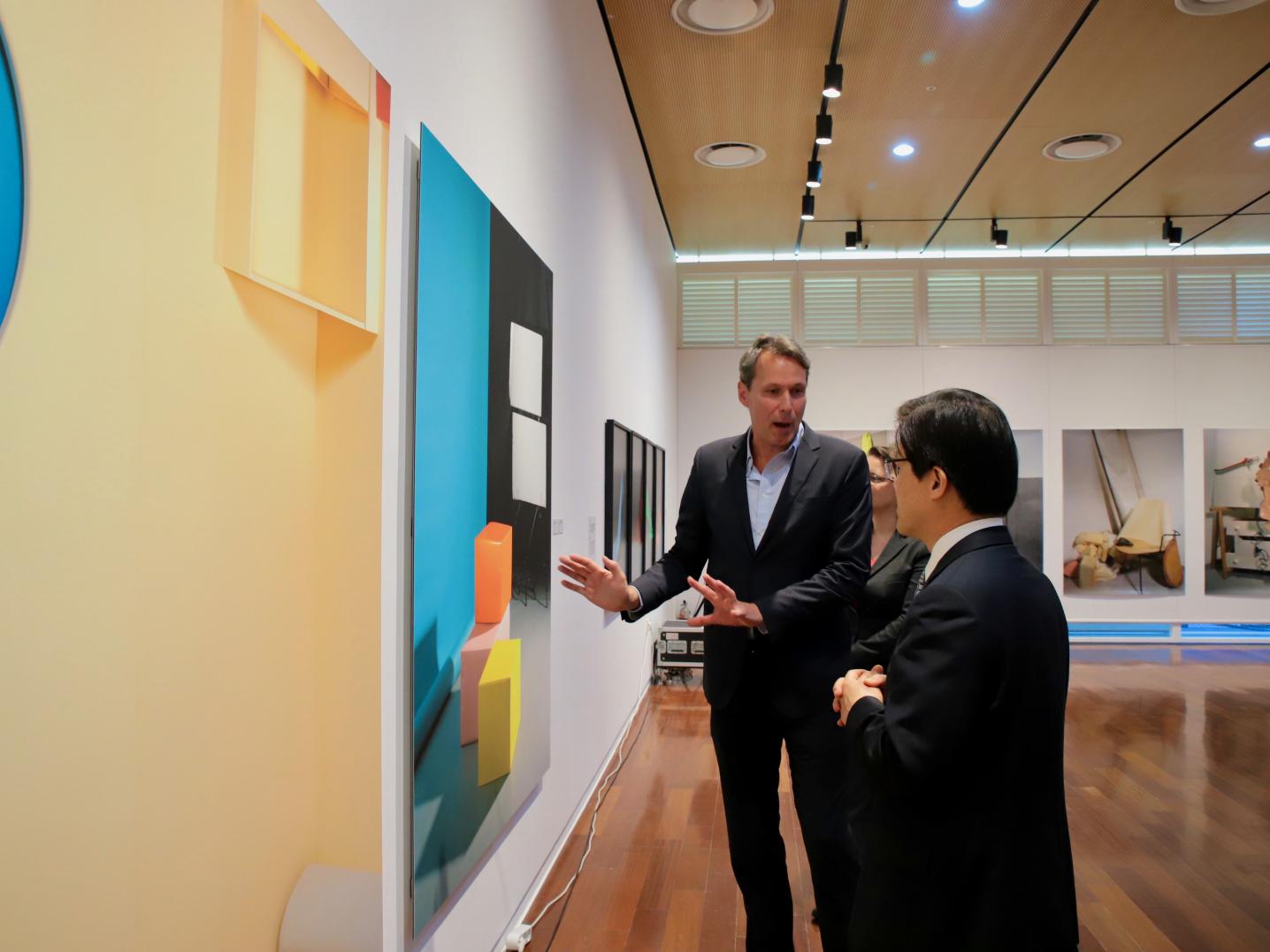 Read the first article in this series of interviews with cultural attachés with Bas Ernst in Rome. He discusses the impact of the Dutch Trail as part of art biennale Manifesta in Palermo.

Read the second article in this series of interviews with cultural attachés: Quirine van der Hoeven on the successes and challenges of the interdisciplinary kids culture programme Genç Kültür in Turkey.

Dutch Trail in Palermo, Italy: “Artists have benefited hugely from the worldwide attention”