Designing an exhibition for Europe: Tinker’s work for Esch European Capital of Culture 2022

Designing an exhibition for Europe: Tinker’s work for Esch European Capital of Culture 2022

Esch is the European Capital of Culture in 2022. Tinker imagineers is designing the closing exhibition, we caught up with experience designer Itamar Naamani.

Those are the somewhat negative opening words of the bid book of Esch-sur-Alzette, Esch for short, for the title of European Capital of Culture. The City of Luxembourg has indeed held the title of ECOC twice, in 1995 and 2007, and is the only city to have done so. In November 2017, the city of Esch was selected to be the European Capital of Culture in 2022. It will share the title with Kaunas in Lithuania and Novi Sad in Serbia.

In ECOC bid books, there is often mention of international, European projects the city wants to set up as part of its title year. In the Esch bid book, not many Dutch partners are mentioned, but there is at least one Dutch party that has become involved in Esch 2022 since the first plans were published: Tinker imagineers. Tinker is an Utrecht-based design agency focusing on immersive experiences, often in the form of exhibitions. For Esch 2022, they are designing the closing exhibition in the Möllerei, an old steel factory in Esch, which will focus on European identity.

“I think the exhibition in Esch is quite typical of what we do,” explains Itamar Naamani, experience designer at Tinker. “We often make exhibitions where the focus is more on telling a story through immersive design, instead of on the art collection itself. We often work with historic or scientific collections where we take the experience of the visitor as the starting point. Broader speaking, I think Dutch exhibitions are good at using new technologies and creative storytelling to engage audiences, which is why many Dutch exhibition designers operate internationally as well.” 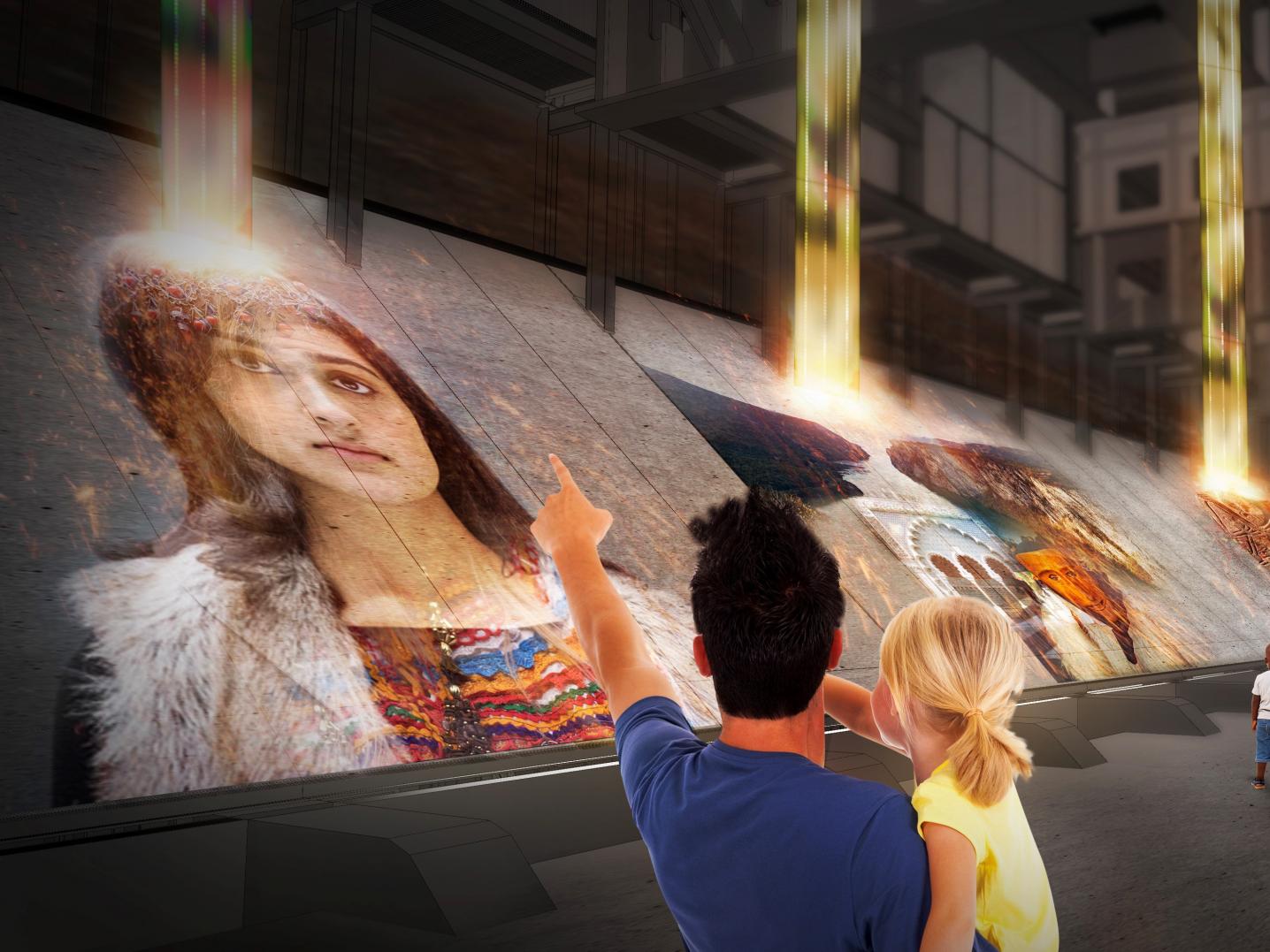 Esch has chosen the motto REMIX CULTURE for the title year, referring to both the mixing of cultures, and to the wider context of digitisation and digital culture, and the changes in production relations within the new economy.

The motto is divided into four ‘sub-mottos’: REMIX ART, on digitisation in the arts; REMIX NATURE on the interplay between nature, industry and culture; REMIX YOURSELF on the role of the individual in society; and REMIX EUROPE on how to move forward with the European idea in times of mass migration, xenophobia and the strengthening of borders.

“We were coupled with a consulting bureau from Luxembourg called Historical Consulting, a consulting bureau from Luxembourg, to organise our exhibition within the subtheme REMIX EUROPE,” says Naamani. “Our approach will be more historical than artistic. We will use archival images, video and everyday objects to discuss the topic of European identity. Our exhibition will based on six stereotypes of Europe, which form the starting point for counternarratives: the white, the Christian, the nationalistic, the rich, the old and cultivated Europe. These are all notions that carry some truth, but that don’t tell the full story of Europe.”

I would love to focus on images of the rough edges of Europe, areas that you don’t normally associate with stereotypical Europe
Itamar Naamani, Tinker imagineers

Naamani is the exhibition designer for the Esch project. “I’m in charge of the scenography, while Historical Consulting provides the content. I think a strong exhibition combines form and content.”

For Tinker, it comes naturally to work internationally, and they are pretty well known abroad. “We like to work on big projects, and there are only so many museums in the Netherlands. Much of our work goes toward long-term exhibition spaces. When we do short-term projects such as the Esch exhibition, we do it because we think it’s fun, or if there is a specific interest. In the case of Esch, we think it’s interesting to connect to the idea of a European capital of culture. For me as a designer, it’s interesting to research Europe and European identity.”

The meaning of steel

The Möllerei, which was originally a blast furnace, is a metaphor for the theme of REMIX EUROPE. The EU itself started out as the European Coal and Steel Community in 1951, a few years after the end of WWII, and was meant to make a common European market for coal and steel, the main ingredients for munition, and thereby to prevent war. Luxembourg was one of the founding members, alongside the Netherlands, Belgium, France, West Germany and Italy.

“The area around Esch is a steel region,” says Naamani. “We like this metaphor of the factory, its grittiness and the pressure cooker effect that fuses different elements together, and the connection to the history of the EU. We want to bring life to the factory through light and projections, and connect it to the idea of fusion between ideas and cultures in Europe. Like melted steel, ideas on national identity, and on European identity can flow into each other fluidly, but sometimes they collapse and break apart. What I would love is to focus on images of the rough edges of Europe, areas that you don’t normally associate with the stereotypical Europe, which then enriches your image of Europe.” 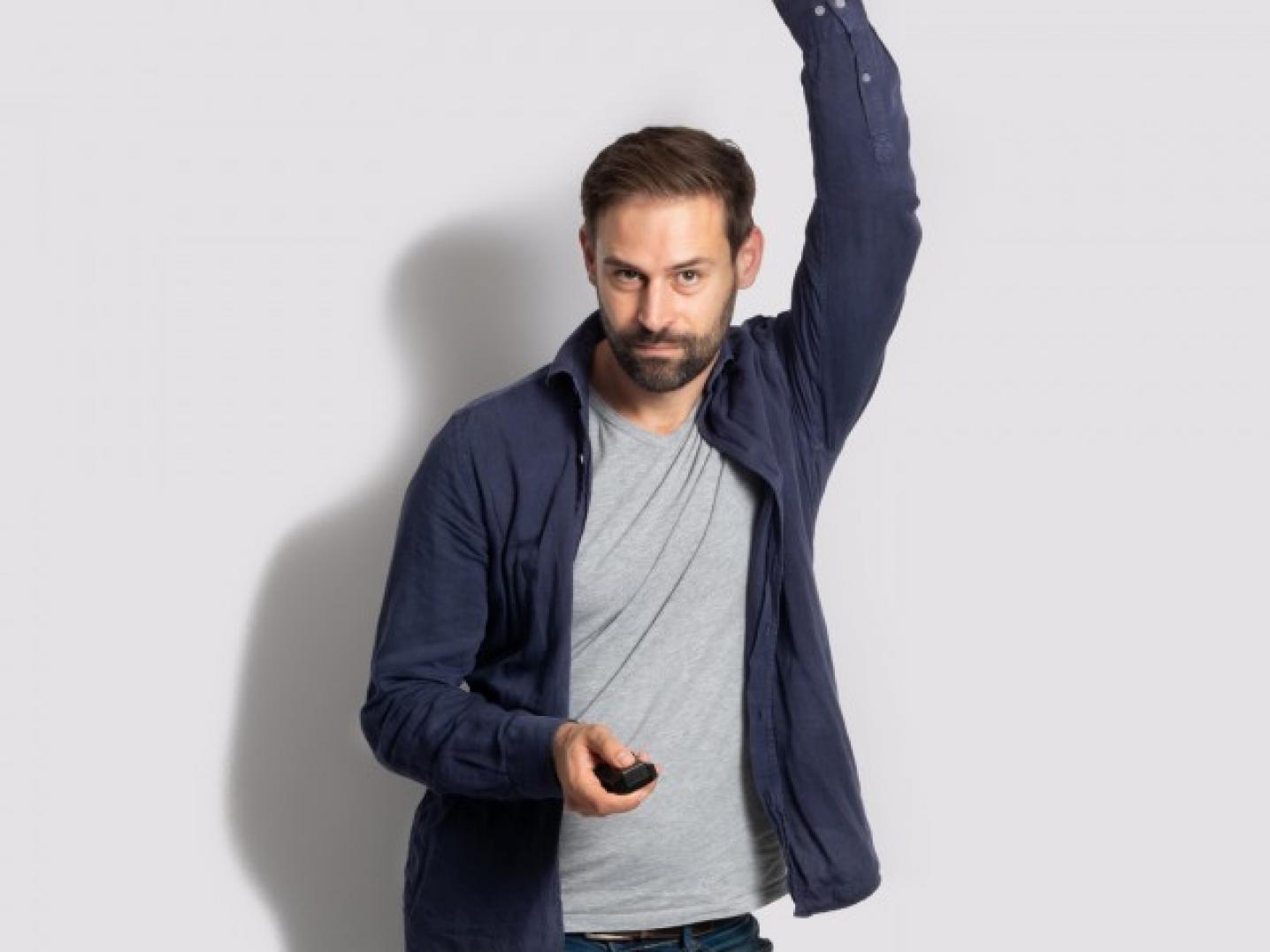 There will be two physical levels at the exhibition. You enter at the top floor, where you see the stereotypical images of Europe, as Naamani sketches. “But when you walk around them, you’ll see a more diverse, broader image that tells a fuller story. On the lower floor, we will use interactive design where visitors can use touchscreens to see different stories projected around them. Beams of light will connect the two levels, conjuring the image of melted steel from which pictures will be flowing. We will use steel mats that were traditionally used to reinforce concrete as our main material to place screens, objects and text on. It’s a minimal, simple, cheap transparent and practical material, but one which we can use to make big visual statement pieces.”

Through his involvement in the exhibition, Naamani has gotten to know the country of Luxembourg a bit better. “Each country has its own feeling, culture, sensibilities, and it takes some time to become sensitive to the tastes of the people. Even though Luxembourg is a tiny country, it does have three languages within its borders, and especially when you are working on the subject of Europe, it’s interesting to see how such a big theme plays out in such a small area," he says.

"The impact I hope to make is for visitors to get a richer image of Europe. I also want to achieve that stories from the people of Esch will be part of the exhibition, to connect this big idea of Europe to a local perspective. I think it worked in Leeuwarden too, people there were more aware that they are part of a wider European community.”