Image
"We the people" is the theme of the Forum on European Culture 2020.
Authors
Johny Pitts
|
Image
Image

The Forum on European Culture is a biennial event taking place in Amsterdam, initiated by debate centre deBalie and DutchCulture back in 2016. Founded upon the belief that Europe's future lies in the hands of the arts and imagination, rather than in backroom Brussels talks and boardroom negotiations. If Europe is one thing undoubtedly, it is a cultural construction. The Forum energetically contributes to the cultural construction of Europe as a shared space, by investigating common challenges and experiences of its people.

The Forum on European Culture considers culture a fundamental factor contributing to unity in Europe among its peoples. Furthermore, we believe that creativity has the unique capability to imagine new horizons and offer innovative views to Europe’s common challenges.

If the idea of Europe is anything at all, it is a cultural idea. For its citizens, culture provides collective identity, the basic source to give meaning and direction to societies and creates the essential fabric between different nation-states and its citizens.

European democracy and cooperation cannot be taken for granted, and they need to be continuously protected and questioned. Thus, our goal is to put culture at the centre stage in Europe in order to engage citizens with the European project. The international Forum on European Culture employs the performative strength of creativity to reflect on present-day European issues and elevate its people’s potential:

Over the past two decades, Europe’s future turned out to be far less secure than we imagined. Collaboration within Europe turns out to be anything but self-evident. It is under enormous pressure, just like Europe’s other collective crown jewels: arts and culture. During the hybrid Forum on European Culture 2020, we focused is on the shared spaces of the European demos, the European people. Against the backdrop of the rise of populism and nationalism, who claim to express the will of the people with exclusionary ideas and policies. The growing popularity of these parties in most European countries raises the question of which ‘people’ those leaders are representing. During the Forum, we explored the notion of a European demos. Can we speak of a European people? Is citizenship something that can only blossom within national borders, or does it also on a transnational, European level? And what influence did the pandemic have on the sense European togetherness?

Re-watch all the programmes, and read up about more about this year's Forum and programme at the event page.

Maintaining and expanding our network proved vital to the development, quality, visibility, growth and results of the next Forum on European Culture. A number of participants in the first edition assumed an even bigger role this time around. Wolfgang Tillmans, who participated in the interview marathon in 2016, joined Rem Koolhaas in 2018 as leader of a key Forum programme: the Eurolab. Eurolab was a 3 day journey of a group of 56 international creatives that came up with new ways of communicating about the EU. In addition, director of the Visual Culture Research Center in Kiev, Vasyl Cherepanyn, who reflected on the state of artistic freedom in Ukraine in 2016, curated an exhibition in collaboration with the Rijksakademie specifically for the 2018 edition of the Forum. Having galvanized our 2016 network of collaborators, the 2018 Forum had a stronger political dimension with the theme Act for Democracy. Furthermore, the international network of both young and upcoming and older, more renowned artists, designers, academics and activists was broadened. New collaborations between cultural, political and academic institutions were born.

The first edition of the Forum on European culture stood out for various reasons. We brought artists, academics and philosophers together not merely to express their own views, but also to collaborate, exchange knowledge and to display their ideas creatively by means of theatre performances, music, and exhibitions. We unleashed for the first time the potential of the Forum, as international networks were established and innovative ways of narrating the shared European project were brought to the limelight. The key manifestations of this edition were the opening performance by International Theater Amsterdam, Re:Creating Europe, that continues to evolve and tours European venues to this day, as well as the 12 hour interview marathon on Europe with over 45 European guests led by Rem Koolhaas and others.

The 2018 idea of the Eurolab has been further developed by the Forum in cooperation with Wolfgang Tillmans, Rem Koolhaas and Stephan Petermann and other participants of the laboratory session. The results of Eurolab were presented throughout Europe, in Paris, Strasbourg, Copenhagen and Brussels. In the run-up to the European Parliament Elections, an international voter turnout campaign was launched from Poland to the UK and from Norway to Portugal. The campaign was shared online by worldwide celebrities such as Vivienne Westwood, Penelope Cruz. Notable Dutch(-based) artists, including Ivo van Hove, Halina Reijn, Martin Garrix and Douwe Bob spread the word as well. The overall voter turnout in all European countries was the highest in 20 years. This initiative, incubated at the Forum, and others like it directly contributed to greater awareness about European elections.

Such an accomplishment goes a long way to prove the point of the Forum: we need to turn to artists and creatives to provide us with new and innovative solutions to imagine our common future. In addition, a selection of successful Forum events travelled to Maastricht for the Maastricht Europe Days. This was organised in cooperation with Studio Europa in December 2018. We learned that the Forum is the right platform for the development of new productions, pieces of art, theatre and interdisciplinary projects. A goal for the future is to focus more on reproducing these productions nationwide and Europe-wide. Under the umbrella of the Forum on European Culture, DeBalie organised several programmes in the lead-up to the European Elections in May 2019, with contributions from French philosopher Etienne Balibar, Belgian Philosopher Chantal Mouffe (Forum 2016), German writer Simon Strauss and Guardian columnist and Oxford professor Timothy Garton Ash. 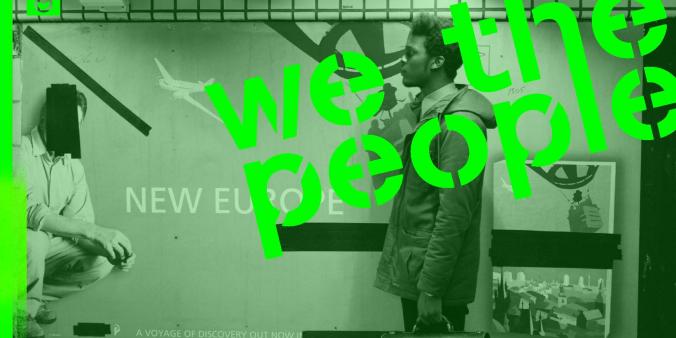 The Forum on European Culture - tickets