Magazine tags
Events
Fair
Discipline
Beeldende kunst
The exhibition in the Rijksmuseum is focused on human actions. Emanuelson photographed in the Netherlands and the six Dutch Caribbean islands.

What does sustainability within the Netherlands and the six Dutch Caribbean islands look like? Sharelly Emanuelson examines the relationship between humans and their environment in light of climate change by asking: what do we hold on to and what do we let go of?

The works in the exhibition Duurzaam/Sustain/Tene are thematically focused on human actions, with photographs capturing how people deal with issues such as water management, erosion and waste disposal. These consequences are large or small, temporary or permanent. Emanuelson photographed in the Netherlands and the six Dutch Caribbean islands: Aruba, Bonaire, Curaçao, Saba, St. Eustatius and St. Maarten.

Visual artist Sharelly Emanuelson lives in Curaçao and works partly in the Netherlands. Through the creation of film, video, sound installations and photography, Emanuelson materializes her observations and research of everyday practices and relationships between art, culture, heritage & colonial remains. She has been awarded the Charlotte Köhler Prize (2020), the Volkskrant Visual Arts Audience Award (2020) and the Black Achievement Spotlight Award (2018).

The Rijksmuseum has been asking Dutch photographers to research and record current social topics since 1975. Together, these photographs form an impressive visual history of the Netherlands from the late 20th century to the present. 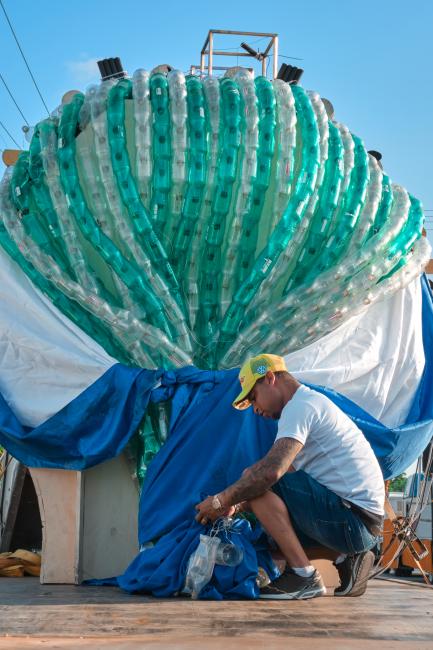