Under the heading Ton monde, plein de merveilles, a presentation of Dutch culture and literature for children will take place in Montreuil, a suburb of Paris where France’s most important children's book fair is held every year. Ton monde, plein de merveilles is a multidisciplinary collaboration between the Dutch Foundation for Literature and other Dutch cultural foundations, along with French partners and the Dutch embassy in Paris.

In collaboration with the Dutch Foundation for Literature, the Montreuil Festival organises workshops and presentations in which Dutch authors and illustrators will elaborate on their work. During the public programme of the Salon du Livre et Presse de la Jeunesse in Montreuil – which takes place from 1 to 6 December – Dutch authors Anna Woltz, Fleur van der Weel, Marit Törnqvist and Noëlle Smit will present their work both at the fair and online. All four writers have recently found their books translated into French. Every day of this programme, short videos about the authors and illustrators on their recent translations will be broadcast. Further special attention will be paid to Jip en Janneke (in English known as either Bob and Jilly or Mick and Mandy), a Dutch classic that appeared in French for the first time this year under the title Jeannot & Jeannette, in a translation by Emmanuèle Sandron.

Furthermore, there will be dance and theatre performances and Dutch children's films will be shown in Cinéma Le Méliès in Montreuil, such as Wij by René Eller (based on a novel by Elvis Peeters) and the award winning Mijn bijzonder rare week met Tess (My Extraordinary Summer with Tess) by Steven Wouterlood, based on Anna Woltz’ book. The French edition of the novel is called Ma folle semaine avec Tess and translated by Emmanuèle Sandron,. The screenings will be accompanied by a programme of short films and workshops for the very youngest.

More info about the full programme including dance and theatre. 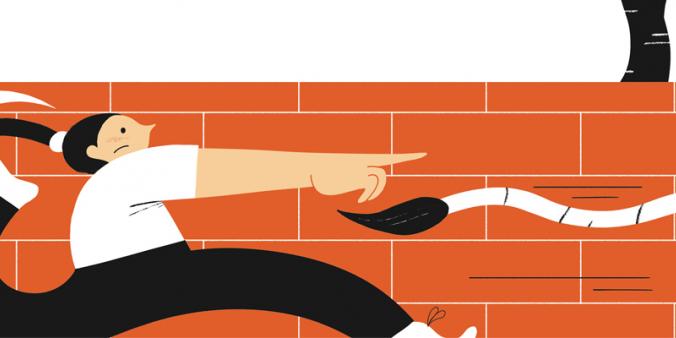