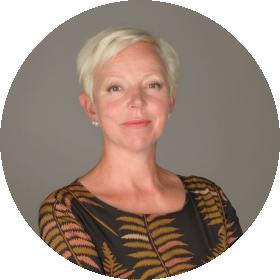 Art and culture are like oxygen, they help us breathe, they give air. Especially in turbulent times, the power of culture is of inestimable value for an interconnected world where there is room for reflection, imagination, and a sense of wonder. That is why I feel incredibly honoured to be the Director of this amazing organisation as of 1 October 2022.

Throughout the years, I have come to appreciate DutchCulture as a hub of knowledge and connections in the field of international cultural exchange. I very much look forward to working with our partners and with makers and of course with the DutchCulture team to amplify the power of culture, worldwide.

Before joining DutchCulture, I worked as an independent consultant through my own company, The Change Agent, working on different transition projects, mainly in the public sector.

Previously, I was a member of parliament, where I focused on culture, education, gender equality, foreign trade and development. Prior to that, I was active at the crossroads between culture, human rights and international cooperation, at different organisations including Pakhuis De Zwijger, the European Cultural Foundation and Mama Cash. I lived, studied and worked in Tunisia and have extensive work experience in Eastern Europe and the MENA region.

I was a columnist for different newspapers and magazines, contributed to a number of publications and wrote a book, called (S)hevolution. In addition, I used to perform as a spoken word artist.

I love all languages, letters and words. But my favourite symbol is the ‘&’ sign, also known as ampersand. It helps to remind me that it’s often not ‘either, or’ but ‘and, and’. In other words: inclusive thinking. A powerful tool in today’s world.