Will the cultural export of the Netherlands continue to grow so rapidly outside Europe?

In 2016 we registered 14,925 activities abroad by some 4,000 Dutch makers and organisations, including concerts, exhibitions, lectures, presentations and publications. That’s over 400 activities more than in 2015, according to our database Buitengaats (Offshore) from which we annually compile a general overview of the international cultural presence of the Netherlands.

As usual, music represents the largest proportion of activities, with electronic dance music as main category. For the third year in a row, the United States was the main destination for Dutch DJs. Cinema and visual arts followed in second and third place. The destinations of Dutch cultural export remained more or less the same, in terms of both countries and cities. The United States, Germany and France have always been popular top 10 destinations, with France creeping into the top 3 for the first time.

Opportunities outside Europe
Cuts to culture budgets in many European countries and diplomatic tensions elsewhere are not making life easier for the cultural entrepreneur. On the other hand, the opportunities for cultural cooperation with other parts of the world are continuing to grow, particularly in China and Brazil. Here we noted twice as many activities, compared to 2015. Both countries are focusing strongly on the creative industry, with São Paulo and Beijing as the cities showing the greatest growth in this area. Another notable finding is that New York has overtaken London as the main city for the Dutch cultural export as a whole.

2013-2016: Europe’s share remarkably stable
This year, we not only look back at 2016 but at the whole policy period of 2013 to 2016. Between 2013 and 2017, the share of Dutch cultural export to Europe slipped from 60% to 57%. This is a remarkably modest decline, given the increasing pressure on mobility and the public funding cuts to museums, theatres and cultural institutes throughout Europe in the past years. Cuts were particularly severe in Italy, Greece, Spain, Portugal and the United Kingdom. France also reduced its cultural funding but, nevertheless, there was more Dutch art and culture on display here, in all disciplines. That the share of Europe remained relatively stable can be attributed to the fact that makers and organisations are increasingly engaging in co-productions with parties from other art disciplines and with local partners. As a result, the intercultural and international cooperation is increasing.

Dutch youth theatre takes off
The number of Dutch theatre productions abroad declined slightly in Europe, except in Germany and France. In North America and South-East Asia, investments in exchanges with foreign-based programmers and festival directors have led to a growing interest in Dutch theatre. Dutch youth theatre in particular is actively seeking partners and venues abroad to expand their performance circuit. The extent to which Dutch youth theatre has taken off in recent years is striking, with long tours and numerous performances abroad.

The future of international cultural cooperation
The growing unrest worldwide does not seem to dent the international ambitions of Dutch artists and cultural organisations. Despite – or perhaps thanks to – the global and cultural dynamics, new partnerships continue to be forged. These dynamics also raise interesting questions, going forward: will the export of Dutch culture continue to grow so rapidly outside Europe? Which new promising destinations and disciplines are emerging for the Netherlands? In the coming years, we will be compiling additional information in Buitengaats to obtain a better understanding of the influence of policy, the competitive position of the Dutch cultural sector, and the dynamic developments in the international activities of Dutch makers and cultural organisations. 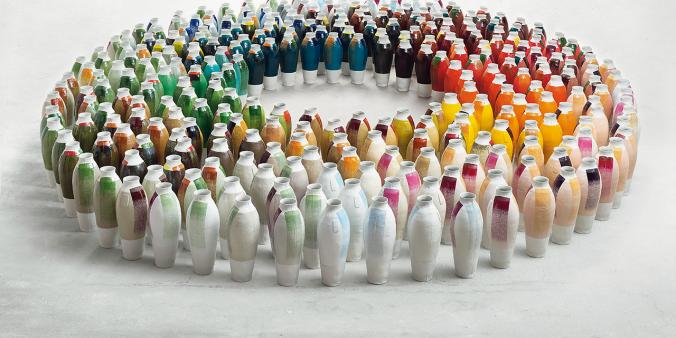 Overview of the cultural sector in the Netherlands

This Mapping NL offers a brief overview of the Dutch cultural sector. It helps users to find their way to nodes and hubs in the Dutch landscape easily.