Magazine tags
COVID-19
How can art help us in pandemic times? Since the corona outbreak, initiatives have been launched putting art forward as pillar of consolation and encouragement.

Desperate times ask for comfort, solace and an arm around ones shoulder. In times of social distancing, the comfort of a hug or physical contact seems further away than ever for some. Can art be of help here? Amongst art’s many functions or values, it provides hope, reassurance and inspiration. In one word: it offers comfort. With its particular ability to engage our perception in an uncommon way, art in times of corona can…

A first example of such calls to art for help, comes from a design studio in The Hague. Studio Lennarts & de Bruijn launched the Stay Safe, Stay Sane initiative, calling all creatives worldwide to design a poster addressing the times of corona in the Netherlands. A selection of these posters is printed and put up in Dutch hospitals all over the country, to support and encourage healthcare workers. The call has been answered widely, delivering the studio with currently 1662 posters from 82 different countries. The studio declares how art and design, in this case in the form of posters, can be of value here: “We wanted to share the right message and spread some love to the lifesavers out there.” Could it have been thé source of inspiration for the infamous Banksy, when he undertook a similar project by secretly putting up one of his artworks in an English hospital as a form of encouragement and acknowledgement to the hardworking nurses and doctors in there? Who knows... 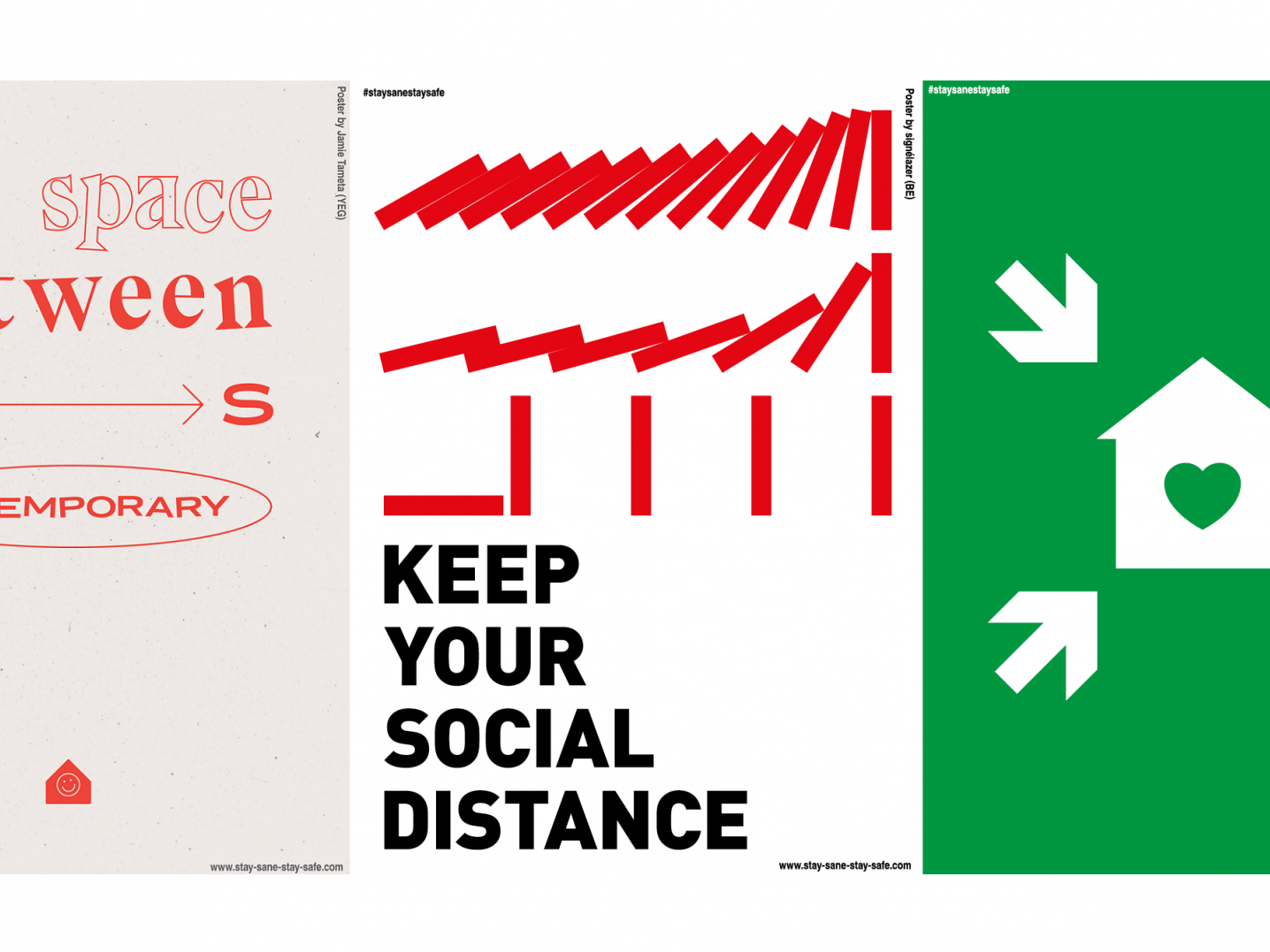 A similar approach with a different outcome was carried out by the Stedelijk Museum Schiedam. They called to artists to make a poster that would offer ‘troost’, or consolation. In turn, these posters can be bought from the museum’s website, and are meant to be put up the windows of Schiedam’s inhabitants. The knife of this initiative, called Troostkunst uit Schiedam, voor jou, van mij, thus cuts both ways: the project enables artists to make some money, while their posters comfort the minds of those who encounter them in Schiedam.

We wanted to share the right message and spread some love to the lifesavers out there
...inspire people at home

Perhaps the most striking way in which art can offer solace – simply by talking about it – is recognized by LAM. While self-isolating, the small museum in Lisse launched the 'Viewphone' (Kijktelefoon); They creatively attempt to stay connected to their public via an old fashioned phone call: people who miss going to museums, looking at art and talking about their favorite works, can call the museum every Wednesday. One of their staff members will then converse with them for a while about one of the works from the museum’s collection, which all touch upon the subjects of food and consumption. “We missed the conversations in the museum,” says museum director Sietske van Zanten. The Viewphone is intended to be “a boost for your imagination. Talking, listening, and seeing without watching,” the museum declares. The phone service was picked up overseas by an American journalist, who was pleasantly surprised after calling the museum. “I feel restored. I realize that what I am missing is art, yes—and people—but also spontaneity. The whole “what day is it?” feeling that oozes through our isolation era is exaggerated by the total lack of random encounter.”

Museum CatharijneConvent in Utrecht offers a similar telephone service: calling them will get you a spoken preview – in the form of a short story – of the exhibition Allemaal wonderen, which was shut down earlier this year due to the Dutch corona measures. The exhibition is centered around the concept of the miracle, approaching it via artistic, literary, and scientific angles. 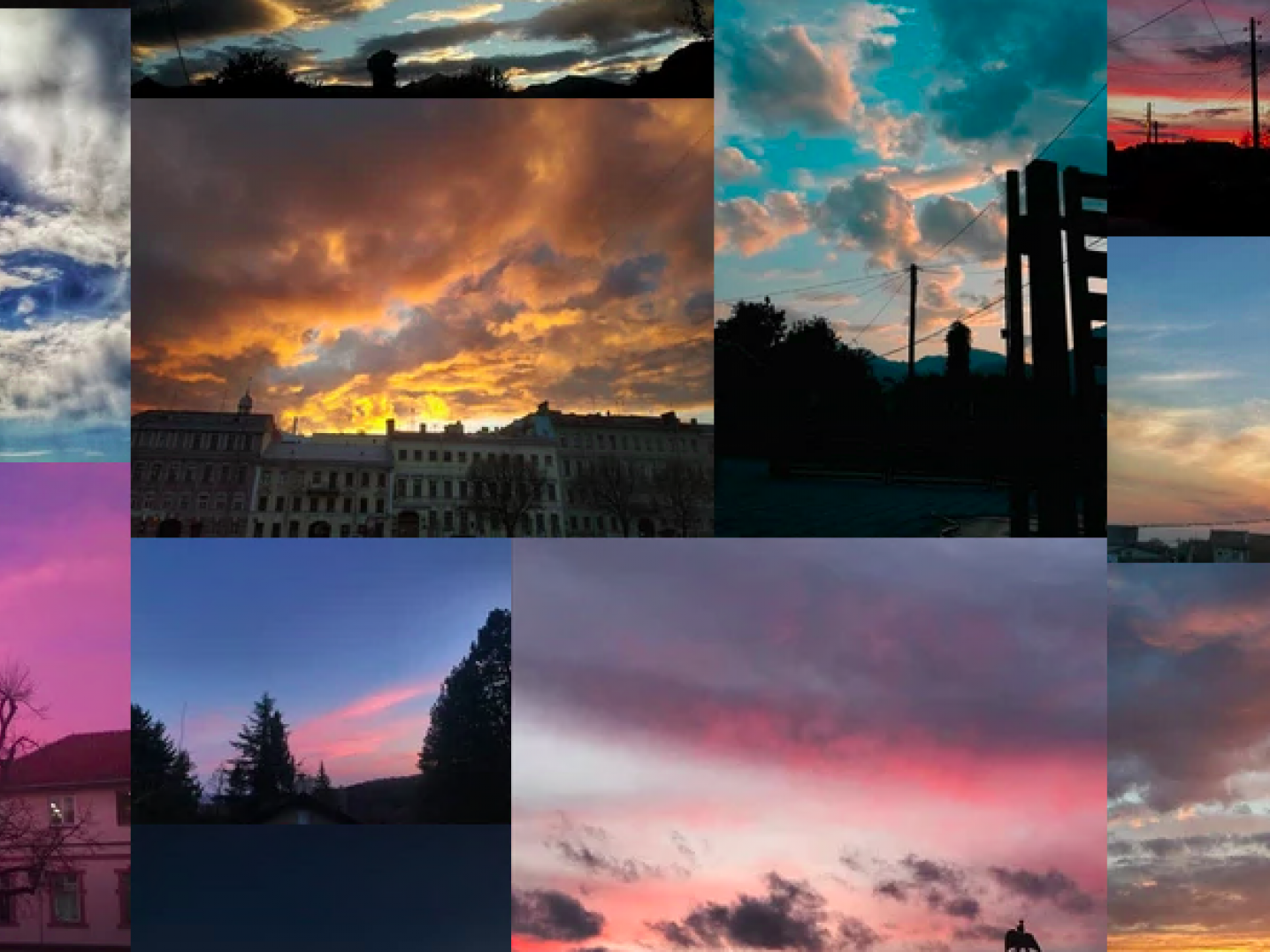 Caption
Screenshot of Solidarity Sky, a virtual community driven artwork with the aim of bringing people together through sharing personal images of the sky during COVID-19.
Authors
Solidarity Sky
...create solidarity

For the international art project Solidarity Sky – created by Australian artist Luke Conroy and Dutch artist Anne Fehres – people at home are not only inspired but encouraged to participate by taking a photo of the sky. The project aims to build a ‘virtual sky’ from thousands of photos taken across the globe. Whereas the current situation is characterized worldwide by isolation, “we hope Solidarity Sky can play a small role in encouraging togetherness and a sense of global community," says Conroy.

The project was inspired by the words of Anne Frank: "I looked out of the open window over all the roofs and on to the horizon, which was such a pale blue that it was hard to see the dividing line, 'As long as this exists' I thought, 'and I may live to see it, this sunshine, the cloudless skies, while this lasts, I cannot be unhappy.'" Conroy said the quote inspired "an appreciation of the power of the sky to hold our hopes, dreams, and desires despite our particular circumstances. In Solidarity Sky, we hope to embrace the power of the sky, by encouraging people across the world to take a moment to look up and share a vision of the sky that unites us all, and build a virtual community around this." 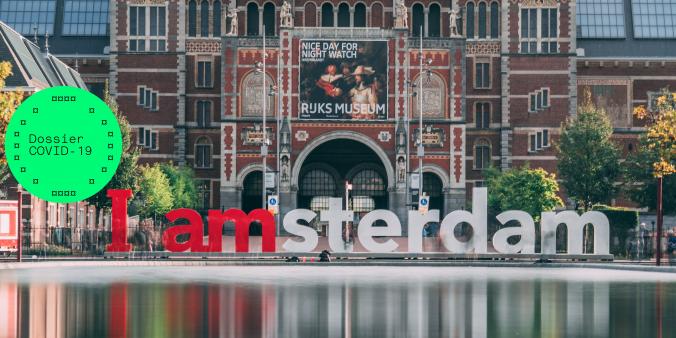 Art in Times of Corona: Corona in the city – A digital exhibition about Amsterdam

The Amsterdam Museum is making an exhibition about the impact of COVID-19 on the city of Amsterdam and the daily life of its inhabitants. 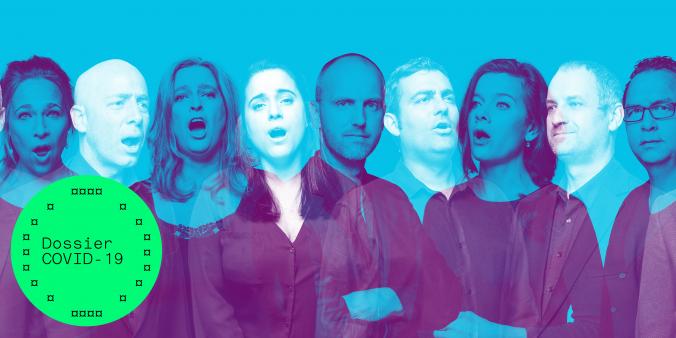 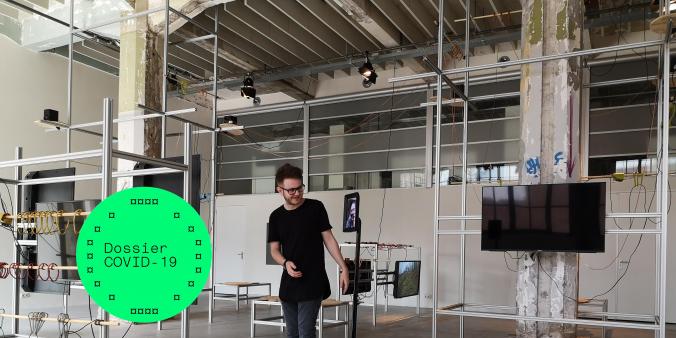