Bear With Me: a short film about love across borders

Bear With Me: a short film about love across borders

Filmmaker and illlustrator Daphna Awadish made a short film about long-distance relationships and crossing boarders because of love.

The Amsterdam-based, Israeli filmmaker and illustrator Daphna Awadish premieres her short animated documentary Bear With Me on 11 February. The film was featured in many film festivals around the world and won the Best Animation award at the Jerusalem Film Festival and the Fantastic Award at Stuttgart International Festival of Animated Film. It is based on interviews with people who crossed borders for love and exposes a unique perspective on long-distance relationships and moving to another country because of love. 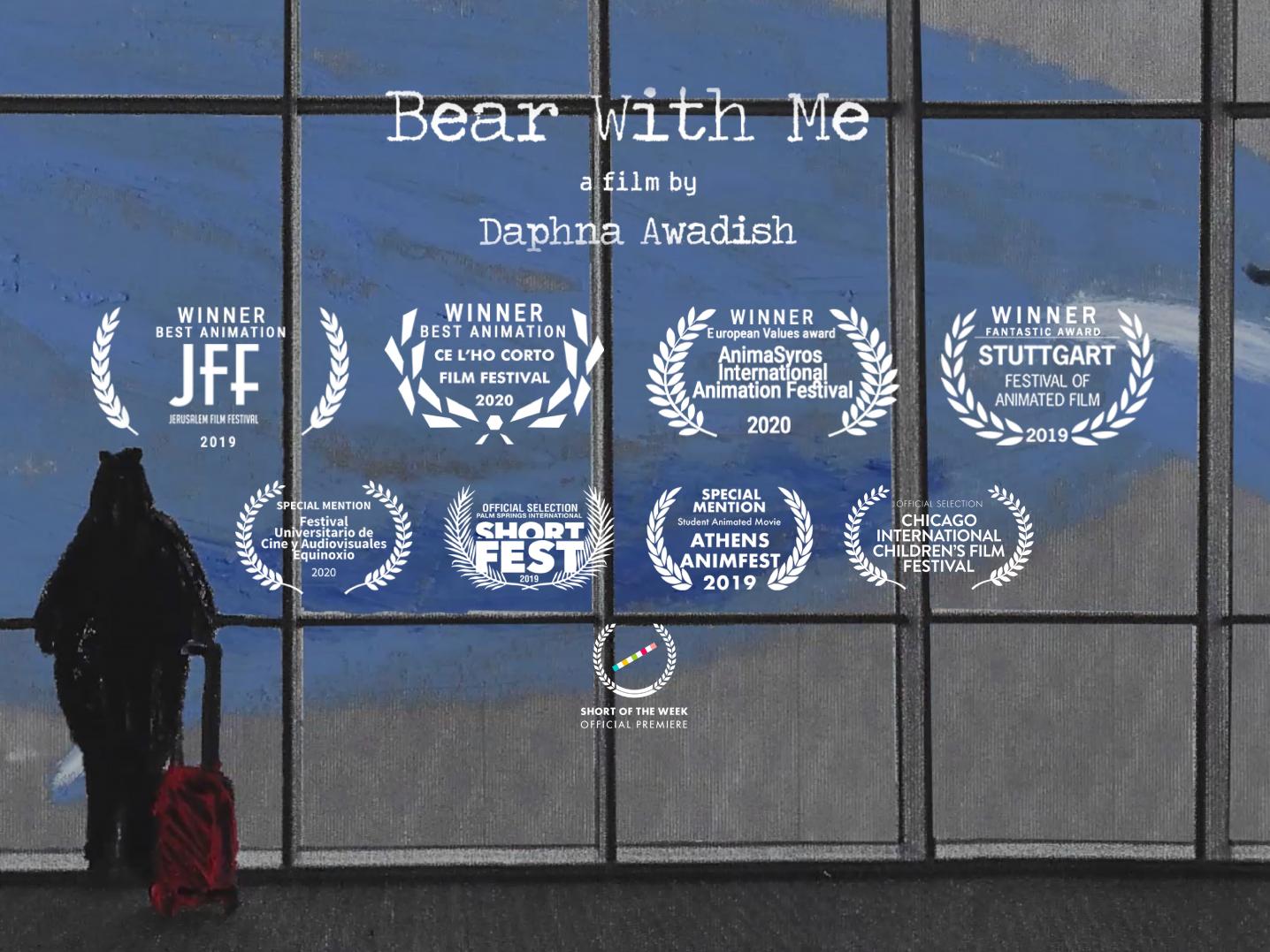 The theme of Bear With Me was derived of Awadish’s own life story. While Awadish was doing the master’s programme of Animation at AKV St. Joost in the Dutch city of Den Bosch, her boyfriend was planning on moving to the Netherlands too to join her. It turned out that Awadish and her boyfriend were not the only ones facing the advantages and difficulties of a long-distance relationship and the dilemma of immigrating to another country to be together. Awadish interviewed three cross cultural couples who experienced comparable challenges in their relationships and added quotes of their stories to her animations.

For this project Awadish combined colourful oil pastels drawings and black-and-white printed video stills. The different characteristics of the filmed environment and the analogue drawings create a feeling of foreignness, that many immigrants must recognise. It’s about the feeling of wandering through a place far away from home, not fully understanding or connecting with your surroundings. Awadish drew animals such as bears, instead of people, to illustrate the narratives of the interviewed couples. The outcome is an intimate and universal glimpse on love across boundaries.