In the spotlight: interactive and literally 'moving' project by Sissel Marie Tonn at Verve*

In the spotlight: interactive and literally 'moving' project by Sissel Marie Tonn at Verve*

Magazine tags
Regional exchange
Verve* is an art programme in which nine Dutch or Netherlands-based artists visit Belgium to look for new perspectives on societal questions.

Verve* takes place between September and November 2019, and one of the highlights of the programme is an interactive installation called The Intimate Earthquake by Danish, Netherlands-based artist Sissel Marie Tonn. This installation will be on view at the Théâtre Royal in Namur, Belgium, between 31 October and 3 November.

Sissel Marie Tonn is a visual artist who uses text, editing, sound, portable objects and instruments in her work. She graduated in 2015 with a Masters in Artistic Research at the Royal Academy of Art (KAKB) in The Hague; two years later she became artist-in-residence at the Jan van Eyck Academy in Maastricht. DutchCulture had a chance to ask her some questions about The Intimate Earthquake.

Could you tell us more about your project?

"The Intimate Earthquake Archive is an interactive installation, in which you can explore recorded seismic events from the Groningen Gas Field as tactile compositions on your body. The work consist of a structure in which 12 radio-transmitters, embedded in sandstone core samples, transmit one of the 12 strongest earthquakes recorded in the Dutch province of Groningen. As visitors are asked to wear noise cancelling earmuffs they get a sense of being 'inside' the earth, in the midst of the earthquake. The tactile compositions made from the seismic data is created by musician/composer Jonathan Reus, and the hardware is created by Marije Baalman, Jonathan Reus and Carsten Tonn-Petersen." 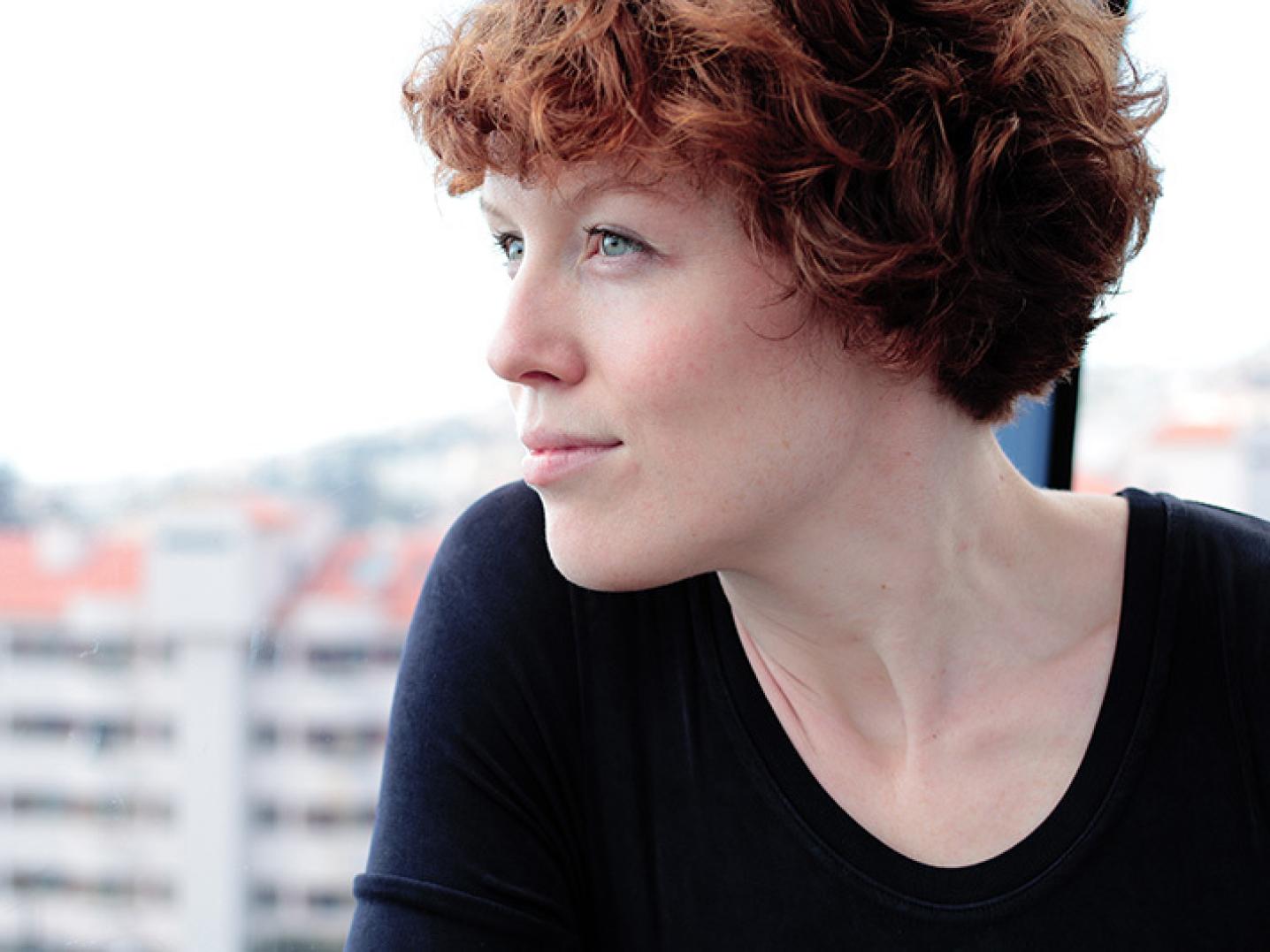 Caption
Sissel Marie Tonn
How did you come up with the idea to make an art installation about earthquakes?

"I have been working on this project since my graduating year at the KAKB. When I started the research in 2015 I came across an overwhelming amount of data in scientific archives: a warehouse full of core samples, sand and soil tests, as well as the immense database of seismic recordings managed by the Dutch Meteorological Institute (KNMI). Meanwhile, visiting the region, and hearing the stories of people feeling the earthquakes in their bodies, I wondered about the role of the body in the archiving of these events.

I think of the work as it currently is as a kind of 'test ground' that makes sensory impressions out of the databank of the KNMI, through these vibratory compositions mediated by the haptic wearables, on the surface of the body. These vibrations range from barely perceptible to intense, and I hope this invites the visitors to consider their own threshold of sensory perception of these 'man-made geological changes'."

What do you like most about living in the Netherlands?

"I have been living in The Netherlands for 6 years now. Before that I lived in Toronto and Berlin for 4 years. I really enjoy living in The Netherlands, and find the country very welcoming to the kind of work I’m interested in. I’m super grateful for the opportunities I have received to develop and fund my practice, as well as the diverse and exciting art and design community I feel that I’m part of here. Also, being someone who’s interested in the ways in which human beings modify and mould our environments to our will, this country is extremely interesting.

From a historical point of view you of course had the land reclamations, the excessive peat-digging in the east of the country, and the mentality of fighting against the 'water wolf'. I love riding the trains around the country and look at the landscape. It’s a strange landscape, but I like observing these tensions between the man-made and the natural world. Especially when the fog lies thick over the dug-out network of canals used during the height of the peat-digging industry! I also love the immense difference in both mentality and landscape between for example Limburg and Groningen or Friesland, yet it is all still within a 3-4 hour train ride."

Caption
Verve* 2019
What do you miss about living in Denmark?

"I miss my family and friends mostly. Luckily my family enjoys visiting me here in NL, especially since I live by the beach in The Hague! Also, I sometimes miss being in a 'less populated' place. There’s a bit more space and wildness in Denmark, and a lot more in Sweden, where I often spend time when I’m back in Scandinavia."

How did you get this project at Verve*?

"Getting The Intimate Earthquake Archive to Namur came out of a collaboration between Fiber Festival in Amsterdam, which I have previously worked with, and KIKK Festival in Namur. I’m grateful to the organisers of these two organisations for making everything run so smoothly, as well as to the production team at KIKK, who have been great to work with during the set-up. Furthermore, I am also excited to be chosen as part of the Verve* program, and receive support for this setup at KIKK Festival from the Dutch Embassy in Belgium. I think what particularly intrigued the organisers is that the project is very site-specific to the Dutch landscape, and is a complex situation that reflects the current ecological crisis, our dependency on fossil fuels, and the effect on that dependency on human lives." 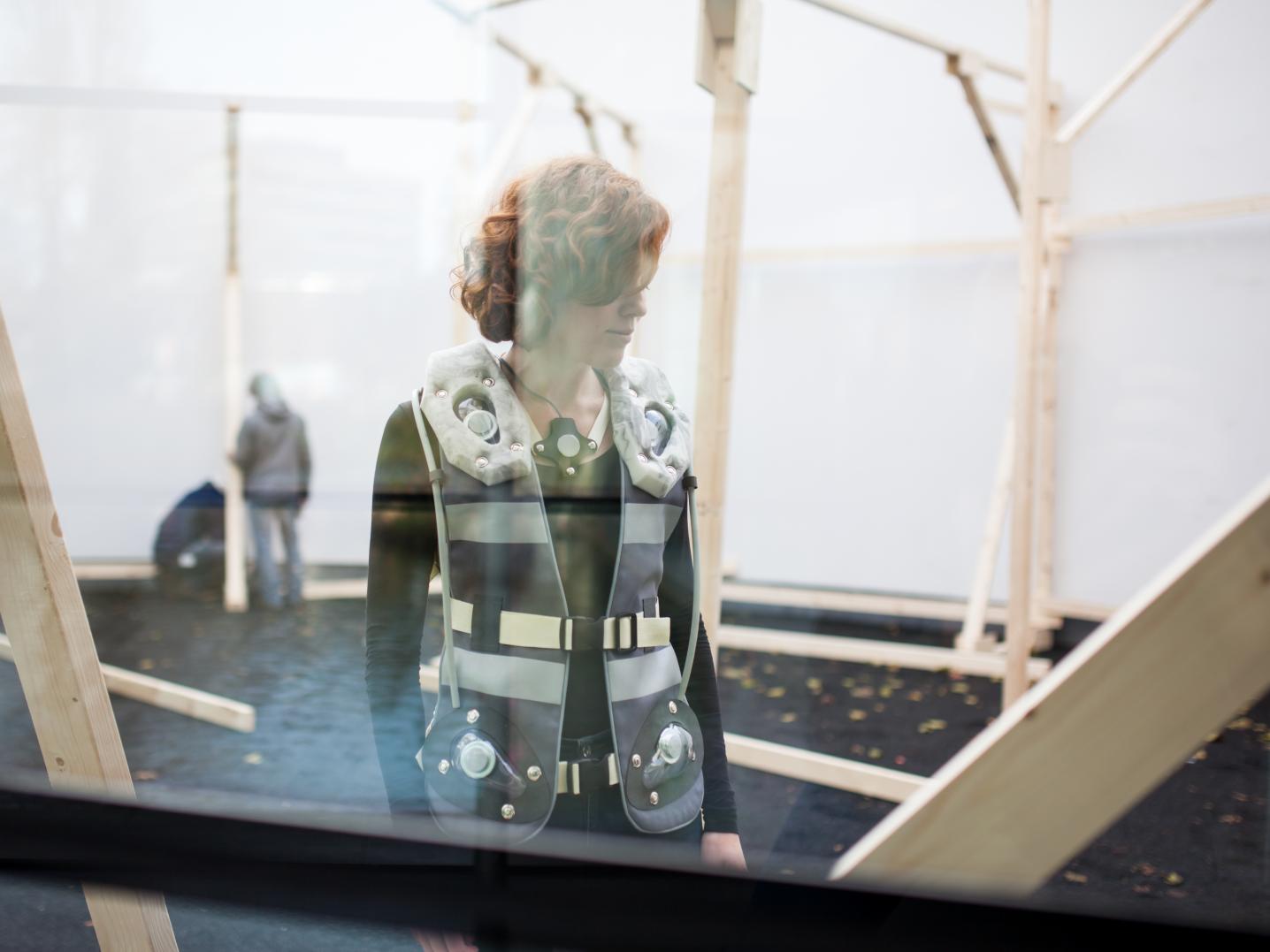 "I have been so fortunate to get a development grant from the Creative Industries Fund NL to further develop the design and concept of The Intimate Earthquake Archive (as well as other projects) in the coming year. I want to develop the design further, so I can produce more vests. I also want to integrate a story-telling component in the experience of wearing the haptic interface. Once those developments are in place I would love to show it in Groningen, where it was first conceived! I’m also hoping that it can tour east Asia at some point."

Partners of Verve* 2019 include the Embassy of the Kingdom of the Netherlands in Belgium, Dutch Performing Arts, Het Nieuwe Instituut and the Mondriaan Fund, among others. Find a list of all partners here.

Check out the complete overview of Dutch cultural activities in Belgium in our database. If you are a cultural professional who wants to go to Belgium, feel free to contact our Belgium advisor Renske Ebbers. 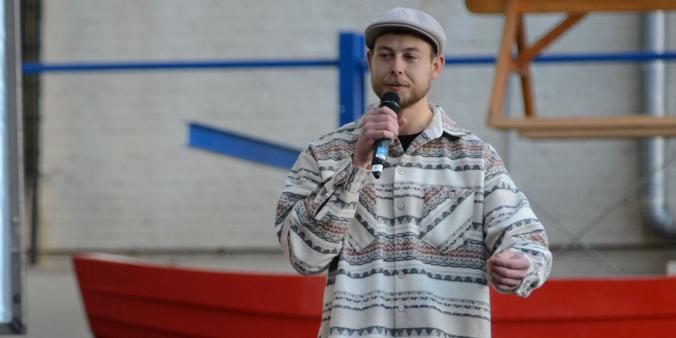 Video: ideas on gentrification, inclusion and the citizen-artist in the cities of Antwerp and Rotterdam

Belgium and the Netherlands joined forces in 2018 for a field research into the possible contributions that arts & culture can make to city communities.