Due to travel bans that are in force to counteract the corona crisis, Moroccan artist Adam Belarouchia cannot return from the Netherlands to his home country.

By Myriam Sahraoui and Lonneke Bär

Adam Belarouchia has been artist in residence at the Thami Mnyele Foundation for the past eight weeks. Before that, he was already an artist in residence there in 2018 and also guest at the Zina Salon Visual arts in Morocco that was co-organised by DutchCulture. The foundation facilitates residencies for African artists in Amsterdam. Belarouchia planned to return to Morocco on Sunday March 15, but government measures have put a stop on travel possibilities, both inbound and outbound. Belarouchia is currently unable to go home.

"The Thami Mnyele Foundation has therefore extended his stay here in the Netherlands and is helping him to obtain an extended visa," said Pauline Burmann, the foundation’s coordinator. "We speak or see him every day. Unfortunately, his passport expires in June, and a visa renewal requires a passport that is valid for at least another six months. So that needs to be arranged too. Since we don't know how long this crisis will take, problems will arise there. We have already had contact with the DutchCulture's Mobility Info Point and the Moroccan and Dutch authorities.”

Burmann flags that this is hardly a unique case: “Adam is not the only African artist who has been stranded in Europe this way, we are now paying a lot of attention to coming to their aid, also assisting them socially in their often solitary confinement in the residency studios.”

Belarouchia himself vows to remain positive, although he is very concerned about his family at home, because a lockdown is now in force in Morocco. Until he can return to Morocco, he tries to focus on making new work.

Do you experience problems yourself with an intrenational cultural project due to COVID-19? Please visit our special helpdesk (Dutch). 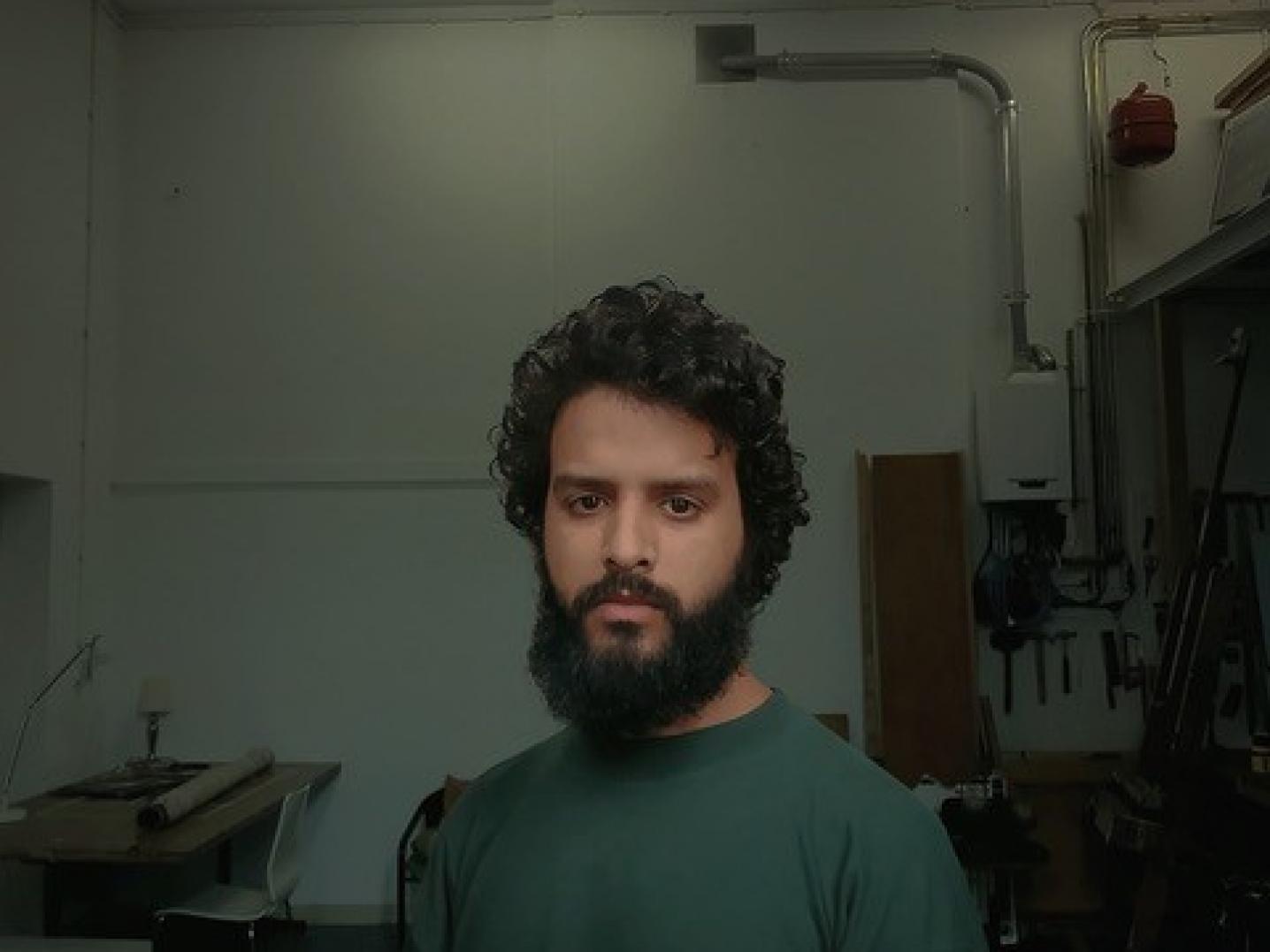 Caption
Adam Belarouchia in the residency studio in Amsterdam