A rich and colourful autumn for Dutch film in Poland

A rich and colourful autumn for Dutch film in Poland

The cultural season opened in Poland, and there is a particularly rich harvest for the Dutch film sector.

The Embassy of the Netherlands in Poland put in a lot of effort to bring Dutch films and professionals to Poland, and this autumn’s line-up is just the precursor to all that’s in the pipeline for 2022! A lot of opportunities are emerging for young film makers in Poland, thanks in part to the embassy’s efforts to expand the exposure to and opportunities for the Dutch film sector in Poland.

Many programmes will be available online, so for everyone interested in the Polish film sector and in new opportunities abroad, this autumn offers a perfect entry into the world of the Polish moving image industry. 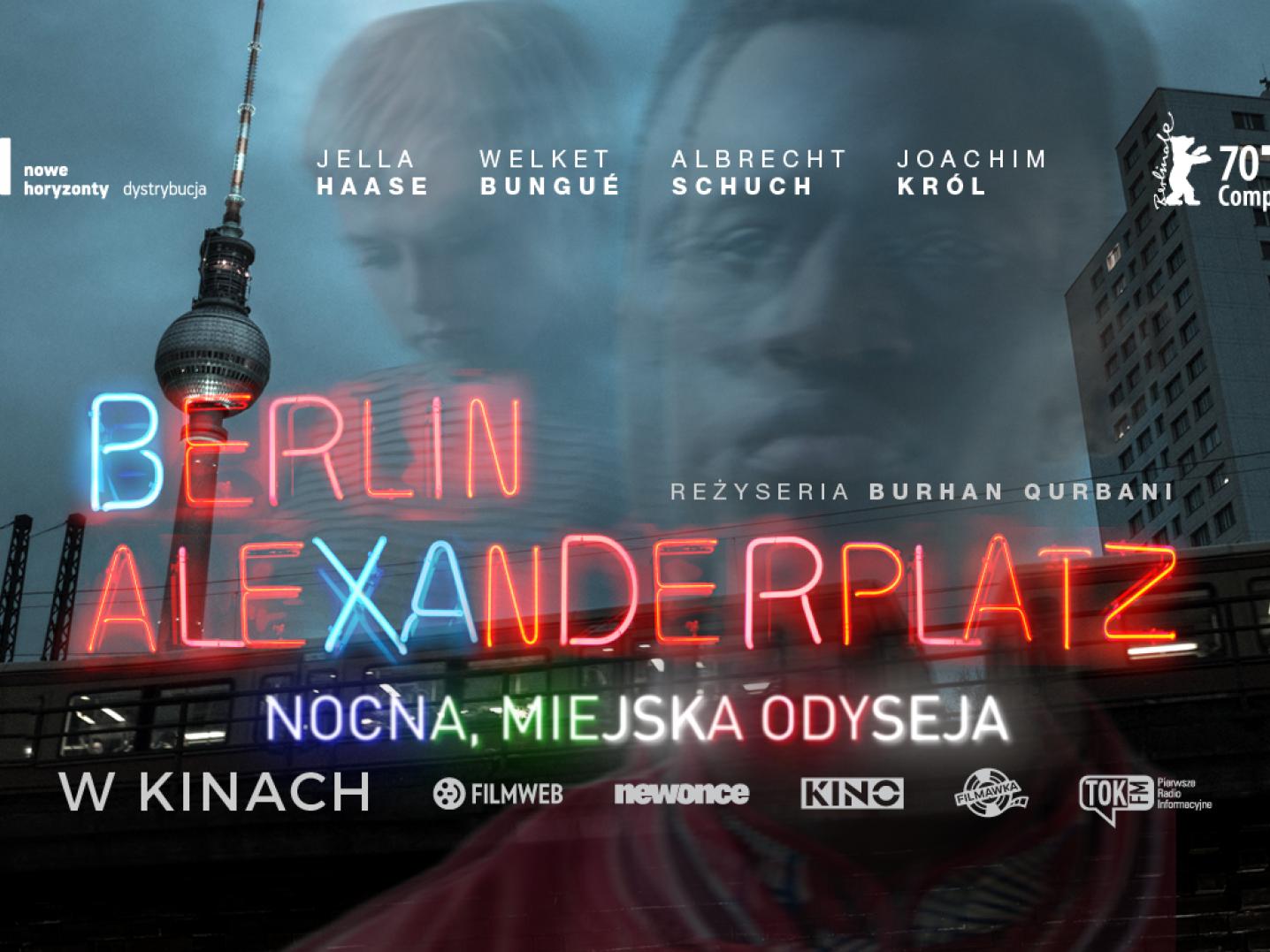 Since 2008, the New Horizons Association organises a film festival focusing on a young audience: Kids Kino Industry, which is an international co-production forum for films and television series aimed at young audiences. Kids Kino Industry and Cinekid for Professionals from the Netherlands will work together within the framework of LINK.

LINK is a special programme and platform meant for producers designed to stimulate the production of top-quality children’s content and pan-European co-productions. The LINK programme will be launched during the Kids Kino Industry in Warsaw and will be rounded off during Cinekid for Professionals in Amsterdam (19 to 22 October 2021).

The 25 producers selected for the first edition of Producers LINK are nominated by partner organisations, including the Embassy of the Kingdom of the Netherlands in Poland. In 2021 three Dutch producers will participate in the LINK programme: Coen Balkestein (Kailo Animation), Rinskje Raap (Rinkel Film) and Jasper Boon (Boondocs).

There are other Dutch components of the Kids Kino Industry, such as masterclasses with Dutch experts; current trends in Kids Media with the participation of Erik Tijman, head of Cinekid Film Festival programming; the participation of several Dutch participants connected to the children’s film market; and finally, the Online Platform Kids Kino Industry – Meet to Match – has been designed entirely by a Dutch company.

The 18th Millennium Docs Against Gravity Film Festival, the largest documentary film festival in Poland, is taking place in seven different cities at the same time (Warsaw, Gdynia, Wrocław, Katowice, Bydgoszcz, Lublin and Poznan).  Nine Dutch productions and co-productions will be screened this year, as well as one Polish film with a strong ‘Dutch’ component.

100UP, directed by Heddy Honigmann

The Schoolgarden, directed by Mark Verkerk

Silence of the Tides, directed by Pieter-Rim de Kroon

Here We Move Here We Groove, directed by Sergej Kreso

Full programme and all trailers are available online. 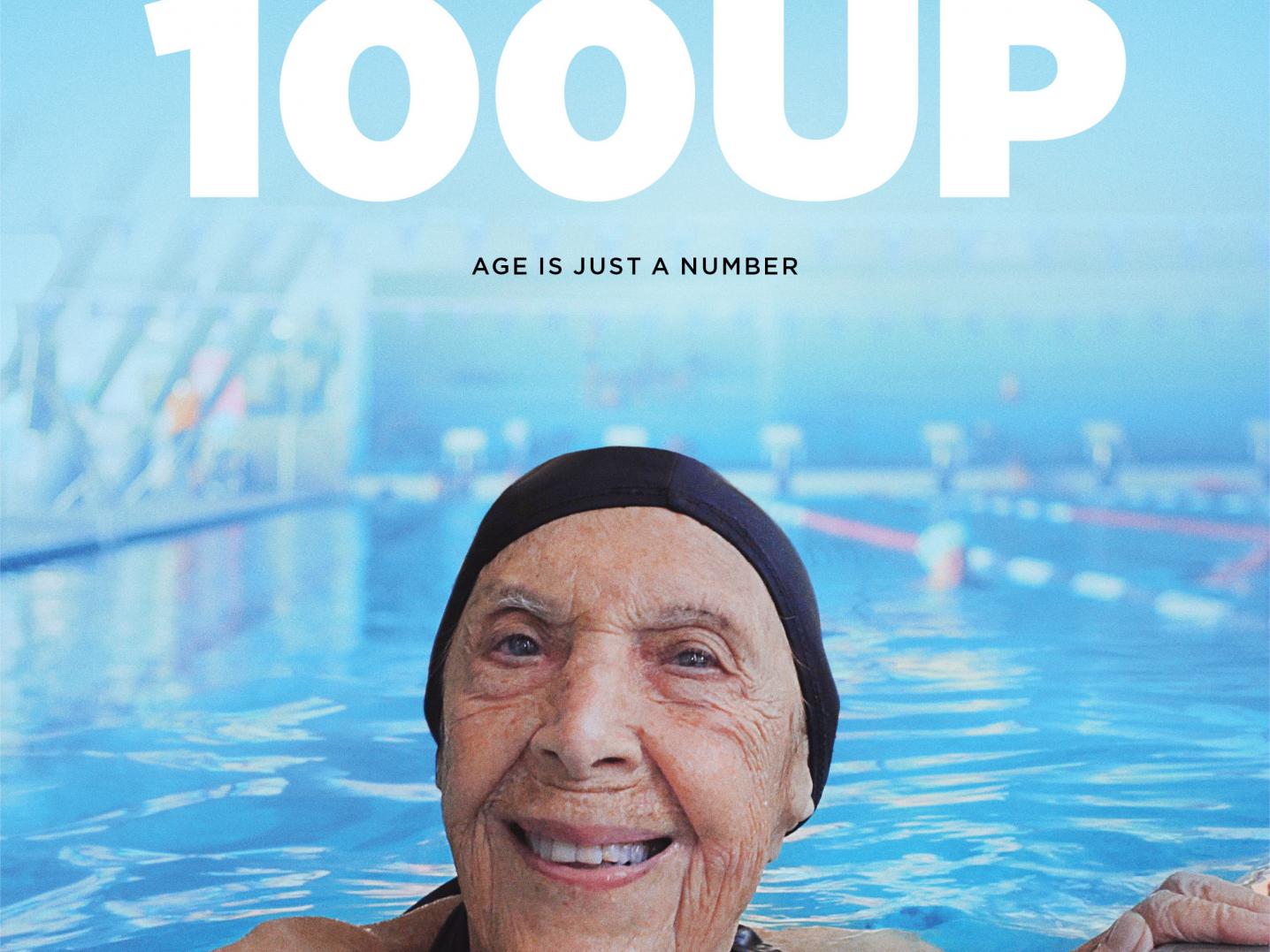 Jump in the doc: the 2nd Forum of Documentary Movies for Children and 2nd Edition of the Lab is realised by The Andrzej Wajda Centre for Film Culture.

Documentary films for children are very popular in the Netherlands, yet in Poland, they have still to catch on and not many are produced. Jump in the Doc programme is designed to stimulate a high-quality production of documentaries for the youngest generations.

The 2nd Forum of Documentary Movies for Children will be held as part of the Millennium Docs Against Gravity Festival and took place on September 6. It will be part of the festival's industry events and at the same time a summary of the first edition of the Jump in the Doc programme – a laboratory for conceiving documentary ideas. Experienced film makers collaborated with young consultants to develop their ideas for documentary films aimed at young audiences. The forum included the following elements:

- Pitching the projects created under the Jump in the Doc programme.

- A case study of the production and distribution of documentary films in the Netherlands - prepared by the IDFA Festival and Meike Statema, head of the Kids & Docs IDFA competition and IDFA Academy.

- Masterclass with Mark Verkerk, Dutch director of documentary films for young audiences and director of the film The Schoolgarden shown at this year's Millennium Docs Against Gravity. This masterclass will take place online as part of the online version of the festival. 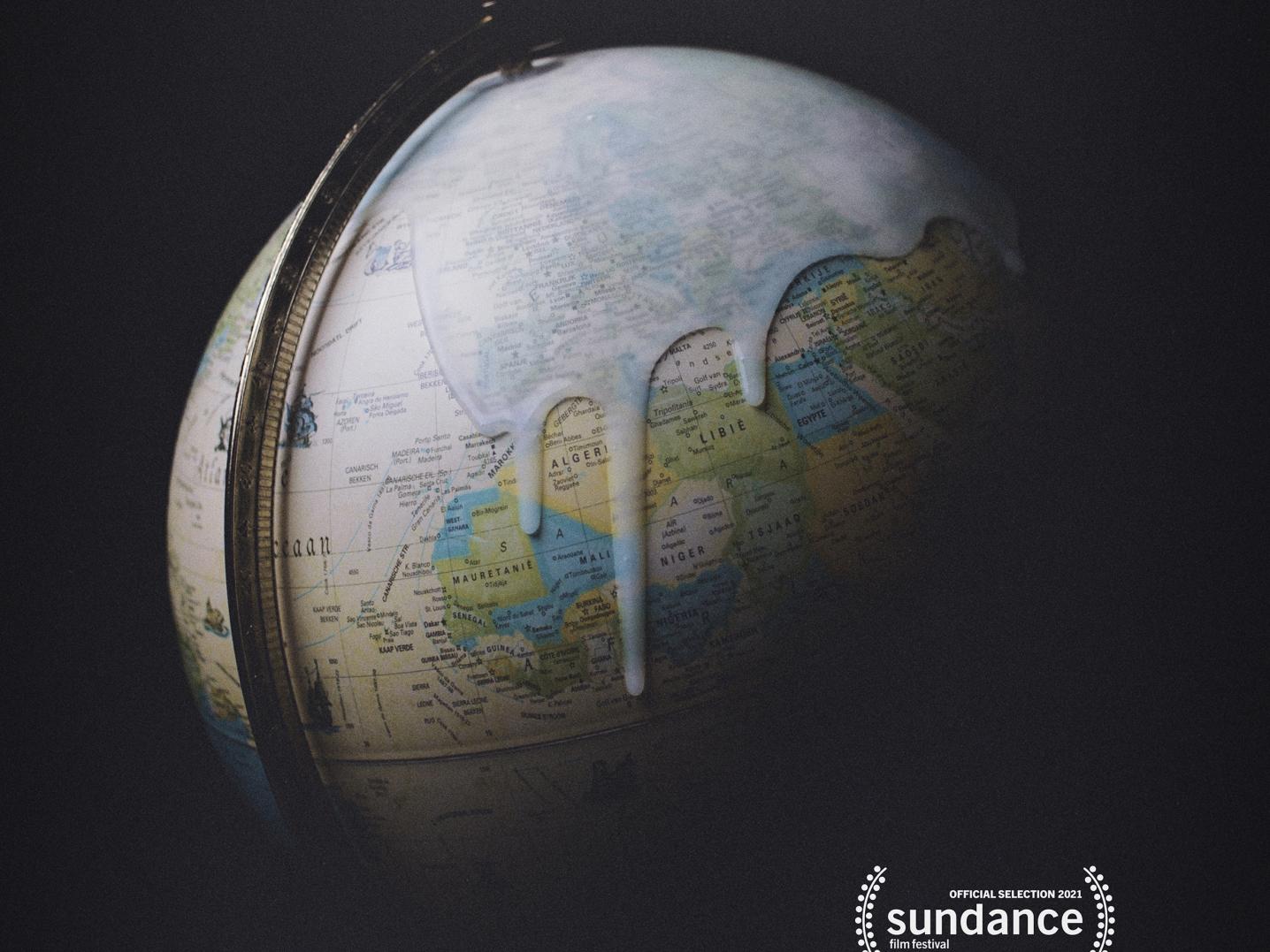 New Horizons International Film Festival took place last August and is Poland's largest film festival. It is often compared to the Sundance film festival and the Locarno and Berlin film festivals. New Horizons is organised by the New Horizons Association of Roman Gutek, who is one of the leading figures in contemporary Polish film history. The Association’s main objective is to promote and popularise unconventional and artistically challenging cinema. This year marks the 21st edition of the festival, which usually attracts some 120,000 visitors. Each year the festival presents around 450 titles from 40 countries. This year the programme included five Dutch co-productions:

The selected films will go on tour after the Festival: New Horizons Tour visits 20 Polish cities (in previous years the Tour attracted nearly 500,000 visitors). The tour is accompanied by an educational programme, followed by some 40,000 students. De premiering films will be distributed by the New Horizons Foundation in Poland.

Sunday in the Country 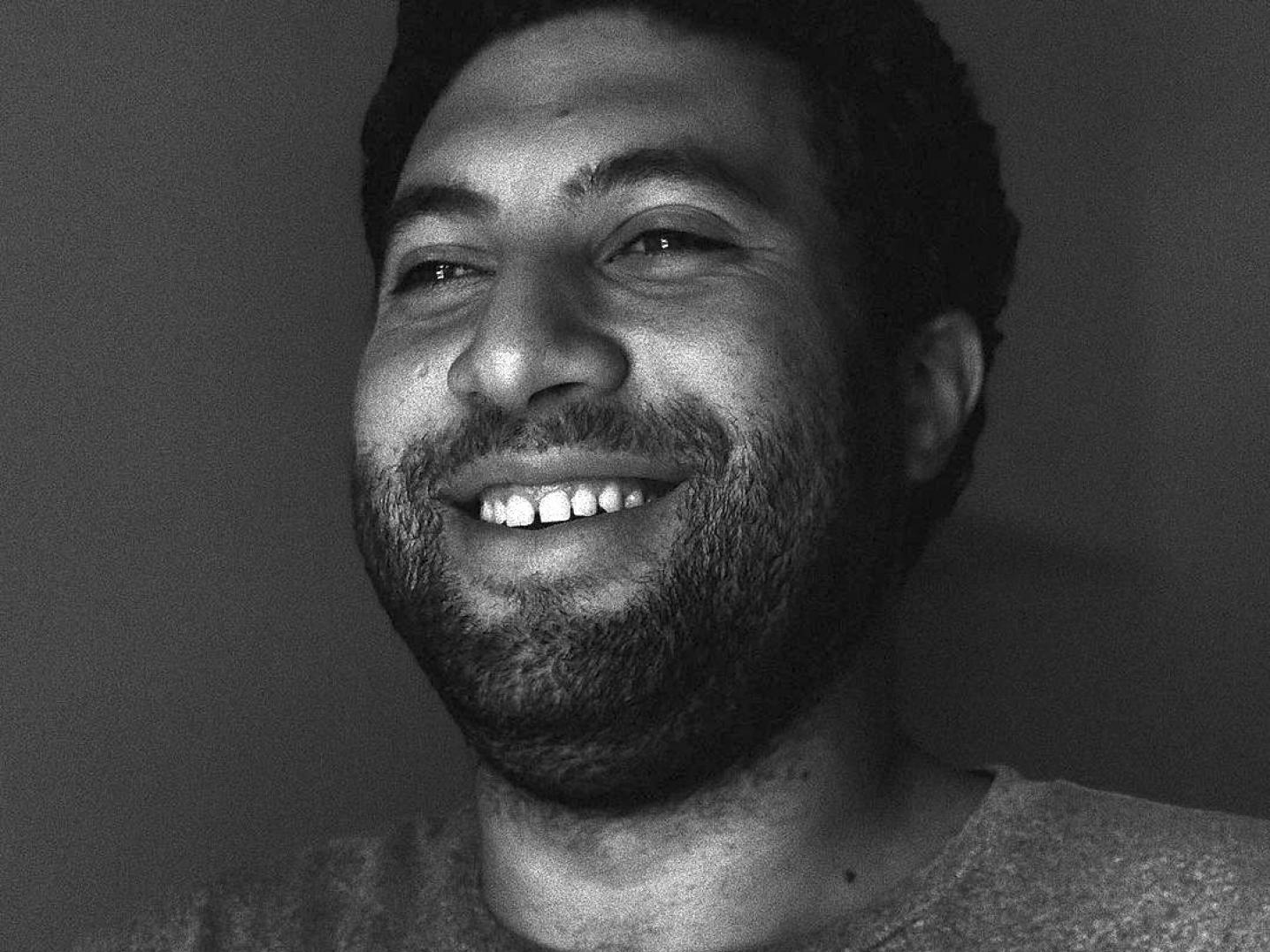 See the complete overview of Dutch cultural activities in Poland in our Database.

If you are a cultural professional wanting to go to Poland, feel free to contact our Poland advisor Tijana Stepanovic.

For funding possibilities, check out our Cultural Mobility Funding Guide or the websites of our partners EYE International, Film Fund, Fonds Podiumkunsten, Het Nieuwe Instituut, Letterenfonds, Mondriaan Fonds, Stimuleringsfonds Creatieve Industrie, or the Embassy of the Kingdom of the Netherlands in Poland.

Embassy of the Kingdom of the Netherlands in Warsaw 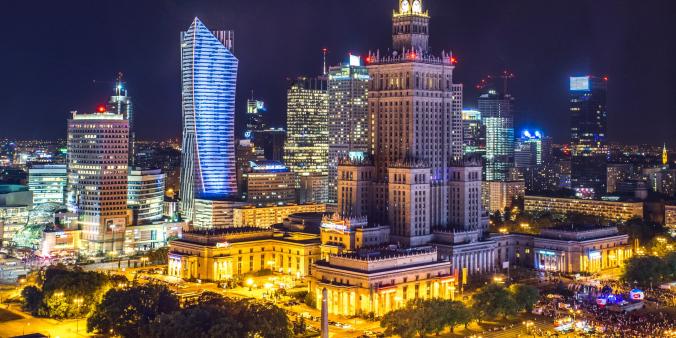 COVID-19 Information for cooperation with Poland

On this page you will find information about consequences of the coronavirus for international cooperation with Poland. 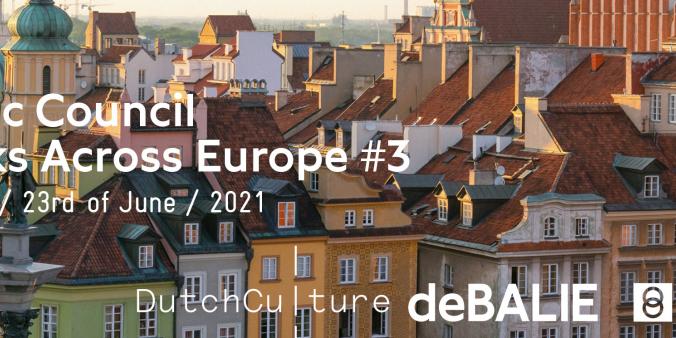 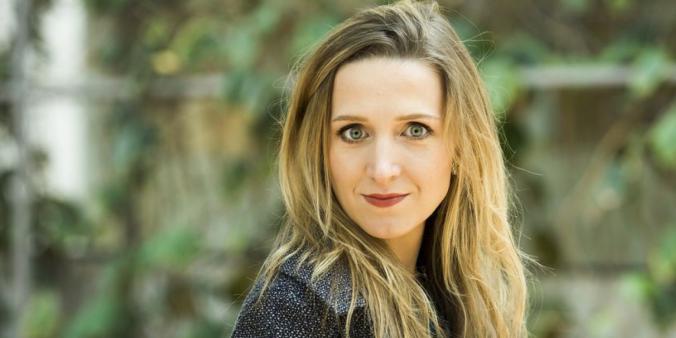 "Poland is by no means a homogeneous, monolithic cultural block"

A look at the wealth of Central European culture: an interview with the Flemish/Polish writer and philosopher Alicja Gescinska. 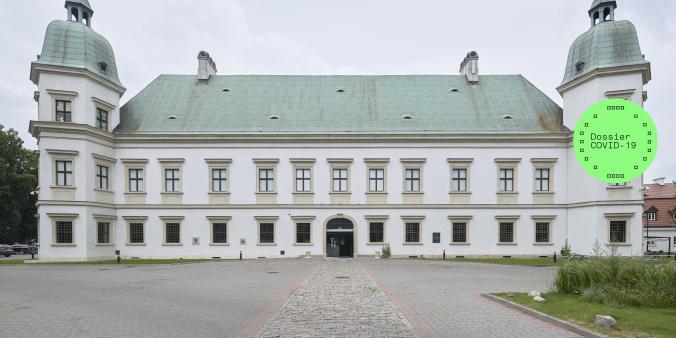