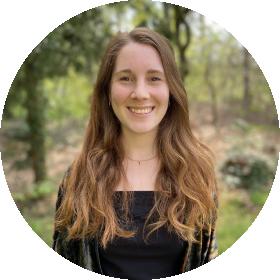 This is how Kristin Alford (Futurist and Director at MOD. at the University of South Australia) opened the panel discussion about the field of experiential futures and why this approach is relevant for museums and their communities, on 8 October 2022. This talk was part of the public programme The ABC of Shaping the Future, organised by the Futurium in Berlin, Germany, visited by 3000 participants on a sunny October day. The Futurium is the first to devote a public programme to the concept of Futures Literacy: use the future to embrace uncertainty and take advantage of change.*

Next to that, Wijnalda has created six miniature thinkpieces (Originate, Literate, Regenerate, Cultivate, Liberate, Collaborate), putting selected FORMS speakers, artists, curators and their perspective on the future in the spotlight. Stay tuned for the miniature thinkpieces, which will be published on our website and social media channels in the following weeks.

What an absolute joy to be welcomed so generously into this murmuration of kind, smart, big-hearted souls. I aim to voice all that you have inspired in me through the short films
Jordi Wijnalda

Are you futures literate?

We use the future all the time, yet nobody owns the future. Being futures literate means embracing the uncertainty and vulnerability that come with an unpredictable future. It is not about fortune-telling or taming the future for the better. Much more, the essence is to take on a fluid lifestyle, a state of murmuration in which we reconnect and engage with nature and each other as human beings. The capability of being futures literate is inevitable in a world with ever-emerging global crises. Pandemics, climate emergency, and digital disruption are motivating us to improve coping with uncertainty, anticipating disruption, and imagining better alternatives. We learn both from the past and the future, both teach us about our values and assumptions.

The event in Berlin was held in cooperation with the worldwide FORMS network of future-oriented museums, of which Futurium is a member as well. With its public programme, Futurium covered the essence of our time and hit a delicate spot within our zeitgeist, namely urging everyone to deal with the future now. The night before Futurium opened its doors to train people’s futures literacy, renowned photographer Sebastião Salgado gave a lecture on how art can empower the imagination of the future. The result: a sold-out event with a dedicated audience absolutely eager to delve into Salgado’s world of imagination. The audience was hanging on Salgado’s lips, fascinated and deeply inspired by his experience living and working with indigenous communities in the Amazon rainforest in Brazil. This was followed by a film including Salgado’s breathtaking and powerful black-and-white photographs portraying the beauty of this extraordinary region, with its biodiversity and habitat being at stake at the same time. 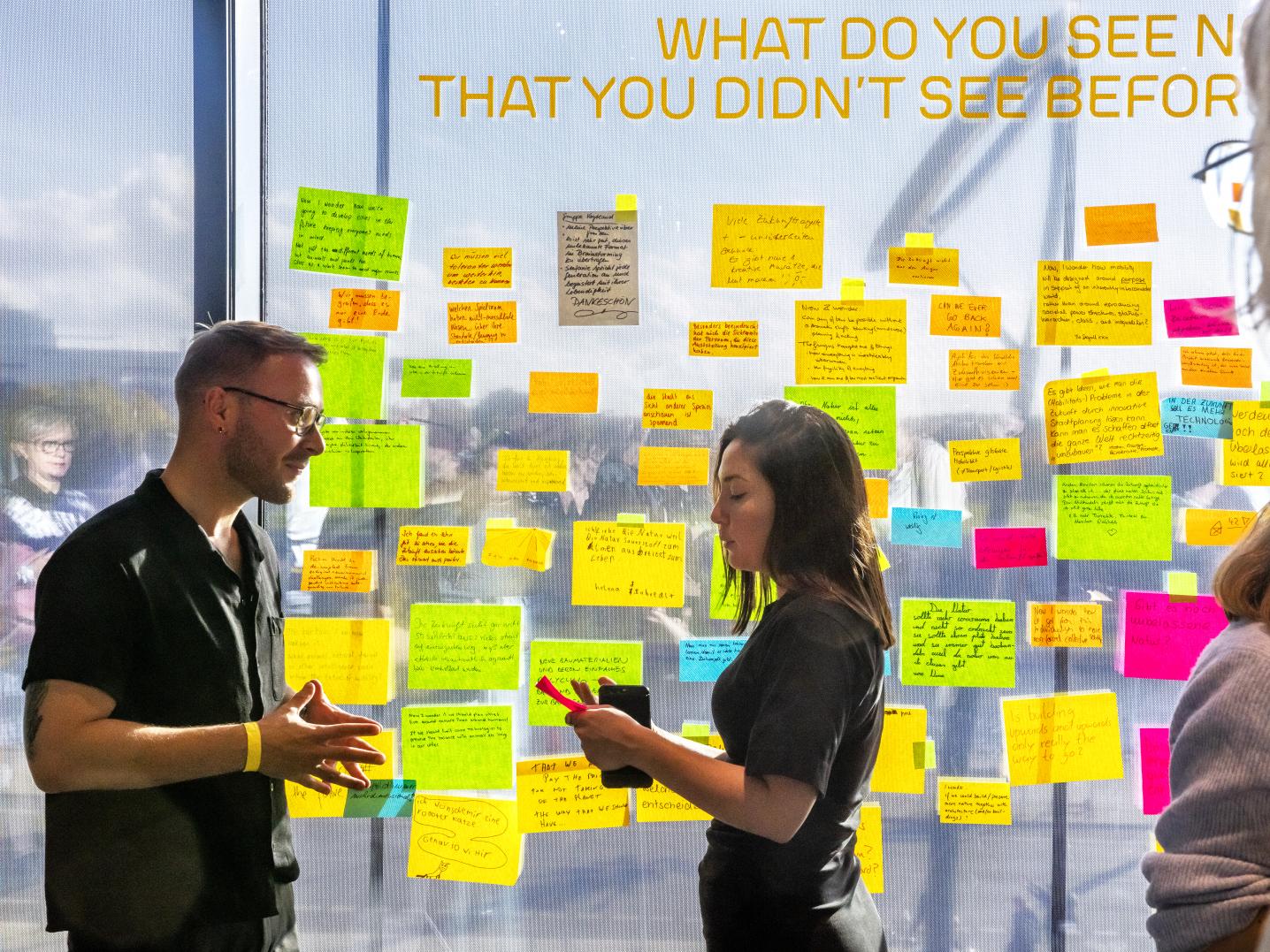 Various FORMS members played an active role in the public weekend programme at Futurium. Visitors could sign up to rediscover the Holocene of Berlin during an expedition in nature with philosopher Jonathon Keats and biologist Frederic Griesbaum. A guided nature walk searching the city for signs of life after the Anthropocene and learning about ways in which the urban wilderness might be better cared for in the future. Moreover, Loes Damhof, UNESCO Chair in Futures Literacy and Nicklas Larsen, Senior Advisor at the Copenhagen Institute for Futures Studies, created and guided a tour that used the Futurium's exhibition as prompts to make people aware how to use futures.

Can I use my images of the future, understand where they come from, understand what am I not seeing and make different decisions in the present?
Loes Damhof on Futures Literacy

Simultaneously on Saturday, FORMS members gathered in the Futurium Lab to discuss and explore the challenges museums are facing from the lens of building a more futures-literate world in a series of panels called TransFORMS sessions. A lot of knowledge about technologies and alternative ways to live exists already. We find ourselves in a situation in which we need to learn how to unlearn and innovate our relationship with each other as human beings. Museums can facilitate this by being accessible places for the public, challenging our assumptions and connecting the far future with the short term. Instead of continuing the attempt to preserve and immortalise history, how can they engage in different ways, adapt to change and integrate new and other futures into the museum, in such a way that it sparks action in the present? These topics were discussed by various Dutch FORMS members such as Rolinka Kattouw (NextNatureAcademy), Loes Damhof (UNESCO Chair in Futures Literacy), Michiel Buchel (NEMO Science Museum). Watch their ideas and views on the role of museums and future:

Caption (only if not already provided by the media item)
transFORMS TALKS: Experiencing Futures (EN): with Michiel Buchel and Rolinka Kattouw

A principle for gatherings of FORMS, according to Raul Corrêa-Smith (one of the initiators of FORMS), is the added element of retreat and nature. Therefore, all FORMS members spent a full day in Paretz, a small village located in Brandenburg surrounded by stunning nature and small lakes, to brainstorm about future steps.

It starts with the time to really get to know each other as a person. And then all questions are just a matter of energy and taking off
Rolinka Kattouw

The event in Berlin was held in cooperation with the worldwide FORMS network of future-oriented museums, of which Futurium is one of the first members. Museums play a vital role as institutions in telling the stories of the communities they serve, and they also thereby play a role in shaping those stories for the future. FORMS (Futures-Oriented-Museum Synergies) is a global network that brings together individuals and institutions committed to creativity, inspiration, and action to achieve more collective, democratic, and decolonised planetary futures. The FORMS community is a diverse group spread across 20 countries and has special proximity to the cultural world, including museums, cultural institutions, cultural leaders, as well as artists and scientists.

The Netherlands has played a key part in the incubation and growth of the FORMS community since 2019, as DutchCulture continues to catalyse and connect organisations and creatives from the Dutch cultural field to FORMS. Simultaneously, the support of Dutch Embassies in both Spain and Germany has allowed the community to land across borders and expand its mission. Dutch futures are represented in FORMS with UNESCO Chair Loes Damhof playing a key role in the strategic thinking and mainstreaming of futures thinking throughout the community, a solid footing on Dutch soil, and with a flock of active Dutch member organisations (NEMO, NextNatureNetwork, Discovery Museum, Ki Culture, KIT and DutchCulture).

*What is Futures Literacy (FL)? According to Unesco FL is a capability. It is the skill that allows people to better understand the role of the future in what they see and do. Being futures literate empowers the imagination, and enhances our ability to prepare, recover and invent as changes occur.

Embassy of the Kingdom of the Netherlands in Berlin 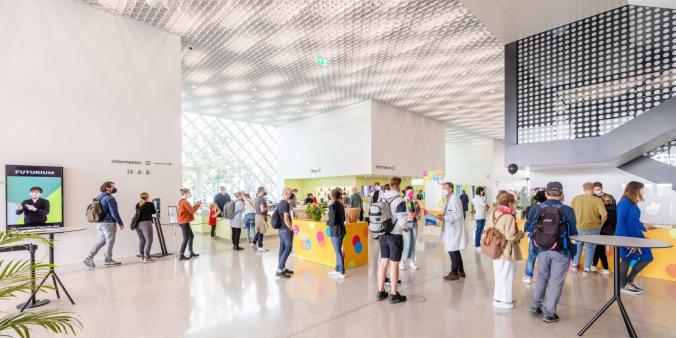 On October 8, the Futurium in Berlin hosts a programme on the skill of 'using' the future. Dutch futures are well represented by various museums and thinkers. 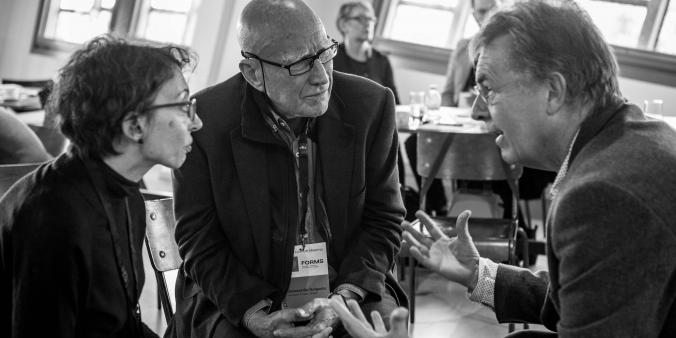 After a successful first meeting, what's next for FORMS?

The international network of forward-thinking museums aims to create planetary narratives and be a driver for change. Maintaining the momentum is key in 2020.

Are you Futures Literate? by Loes Damhof