The sun slowly sets behind the trees, but the heat of the day still lingers above the water. In the shadows of the trees around the pond young people are hanging out and talking. There is a wifi spot so most of them are buried in their smartphones. Behind them stately homes: some modern and so big that they dwarf the neighbouring houses. Others still under construction. Here and there weathered orange tiled roofs of dilapidated colonial villas. Somewhere along this pond, at the Jalan Lembang in Menteng, Jakarta, my mother, aunt and grandparents were living in the 1970s. 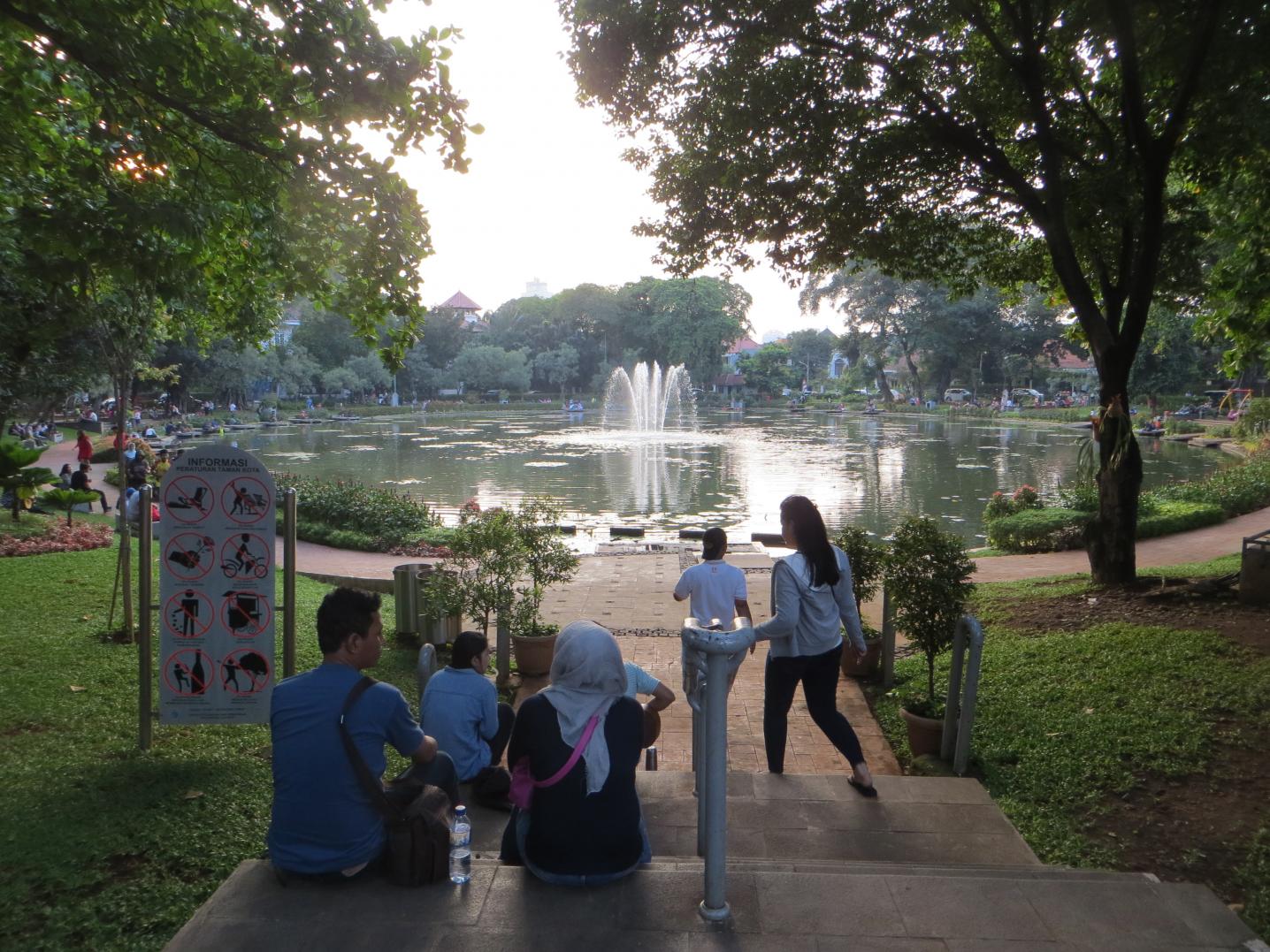 Young people look ahead
It is August 2016 and I am in Jakarta for the first time. At the Erasmus Huis, the cultural centre of the Netherlands Embassy, I attend a symposium on heritage management and the importance of historical research. Around me remarkably many young people are sitting.

Indonesian youth have an enormous interest in the exotic Netherlands and in the shared aspects of our cultures and histories. Their parents grew up with resentment to the Dutch occupation, their grandparents either think back nostalgically to the Dutch period or never speak about it due to personal traumas. But Indonesian millennials tour across Taman Fatahillah (former Stadhuisplein) on coloured bikes as tourist in own country: the former colonial capital Batavia is now a popular hang-out. 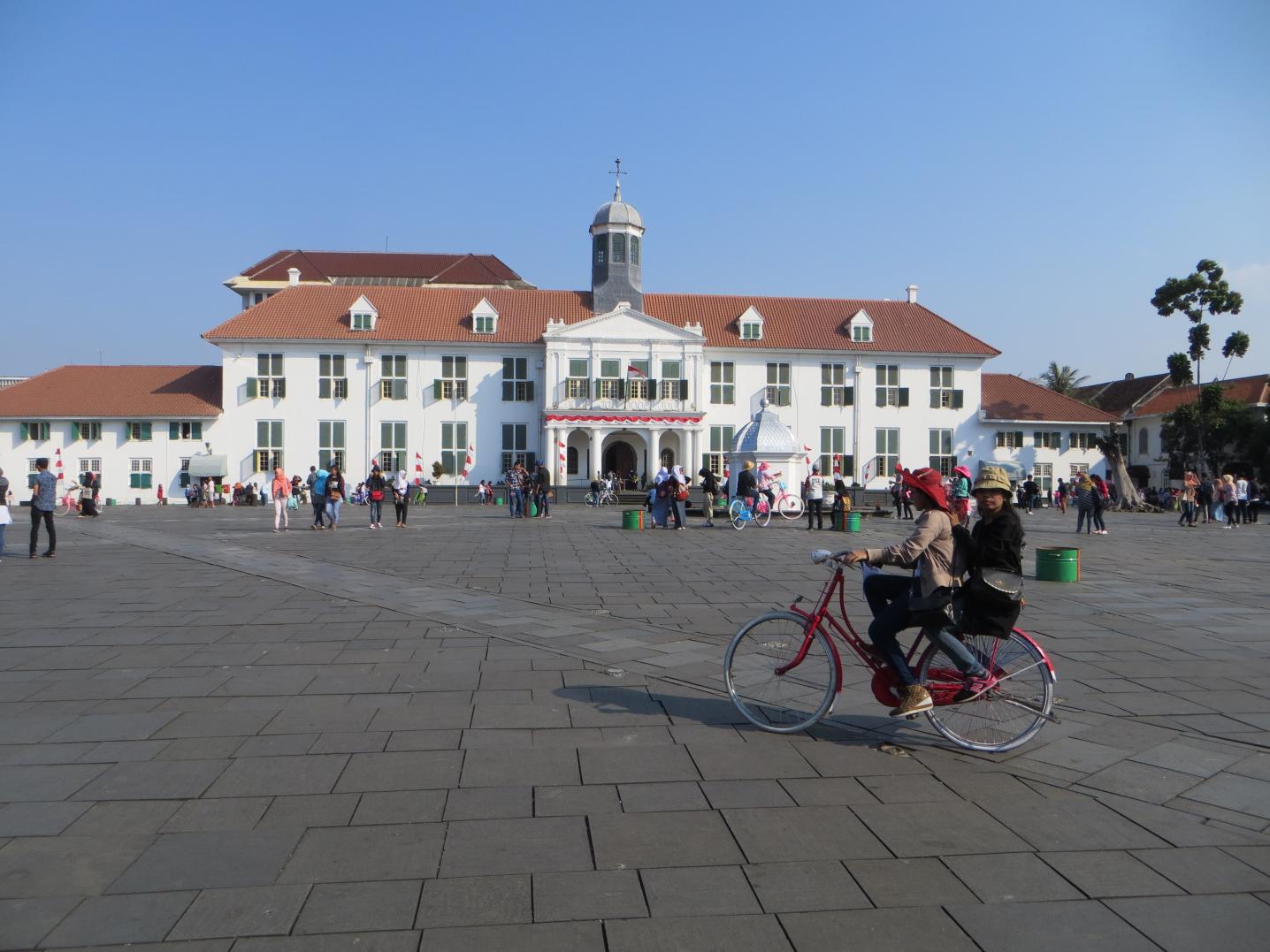 Caption
Cycling at Taman Fatahillah with Museum Sejarah Jakarta in the background, 2016

The Erasmus Huis, which celebrates its 50th anniversary in 2020, is a beacon of cultural diplomacy. Here bilateral relations between the Netherlands and Indonesia are strengthened, with culture as binder. Think of a Dutch photographer who wants to open an exhibition in Indonesia, Indonesian students who want to pursue education in the Netherlands or Dutch and Indonesian entrepreneurs who want to set up a cultural venture together.

From policy to personal stories
Indonesia is an important country for the Netherlands because of the shared history. In the Dutch international cultural policy, Indonesia is included among other countries in the so called Shared Cultural Heritage programme. DuchCulture and other organizations actively stimulate cultural cooperation with these countries.

Examples of projects that have been supported by this programme are publications of (colonial) architecture such as ‘The Life and Work of Thomas Karsten’ by Joost Coté and Hugh O’Neill and ‘Building in Indonesia 1600-1960’ by Cor Passchier; tools to strengthen local knowledge and awareness such as the Digging4Data toolkit and a professional training on adaptive reuse of industrial heritage in Sawahlunto (Sumatra); and photography projects visualizing personal, often emotional, stories such as ‘The Widows of Rawagede’ by Suzanne Liem and ‘The People Behind the Seawall’ by Cynthia Boll. 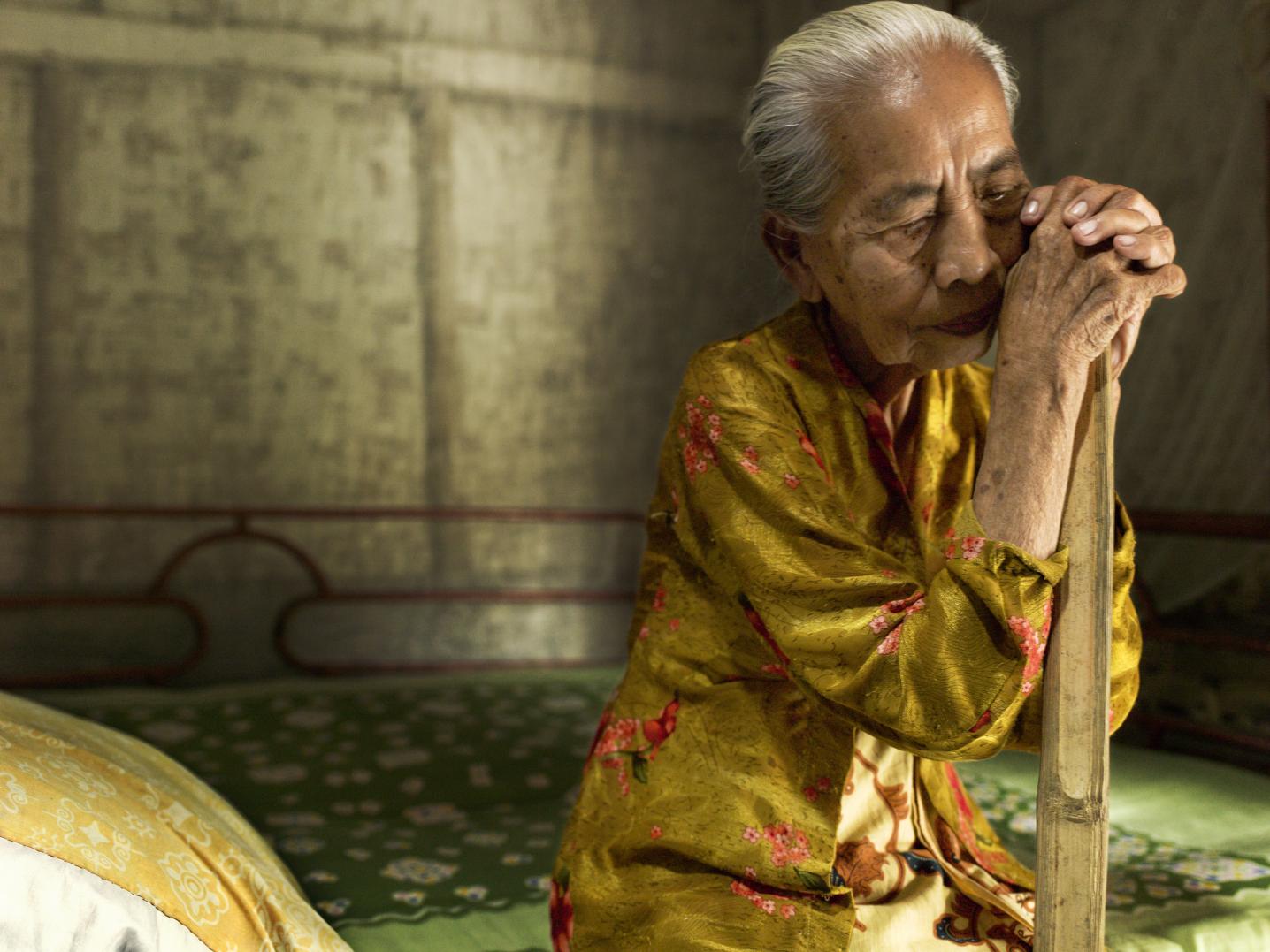 Cultural cooperation helps bringing forward personal stories that make the shared past tangible. For me this means that I cherish and keep alive the memories of my grandfather who was born in Surabaya (East-Java). That the nasi goreng after my mum’s recipe is more than just my favourite dish. That the restoration of the Gedung Arsip Nasional (formerly known as Reinier de Klerk Huis) by construction company Decorient has more meaning because my grandfather was director of that company in the 1970s.

When I visited Jakarta for the first time in August 2016 I visited this beautiful building. It was restored in 1995 with funds put together by a number of major Dutch companies with economic interests in Indonesia. Decorient also turns out to have constructed the current Netherlands Embassy and adjacent Erasmus Huis; led by my grandfather the negotiations with the Ministry of Foreign Affairs were advanced. The complex was eventually finished in 1981.

Shared history, shared future?
The Netherlands and Indonesia have a shared history that goes back to the Golden Age. We all know the glorious stories of the Dutch East India Company, of the majestic ships sailing back from the East loaded with pepper, tin, ivory or china which made the Netherlands a rich and powerful country. Much fewer people are aware of the dark chapters of this shared past: slaves who suffered in households, on plantations or in mines, children fathered by Dutch men with local women and who were taken away from their mothers to be shaped into Dutch-Indo model citizens in orphanages. Or the excessive violence that was used by the Dutch army during the Indonesian War of Independence between 1945 and 1949. 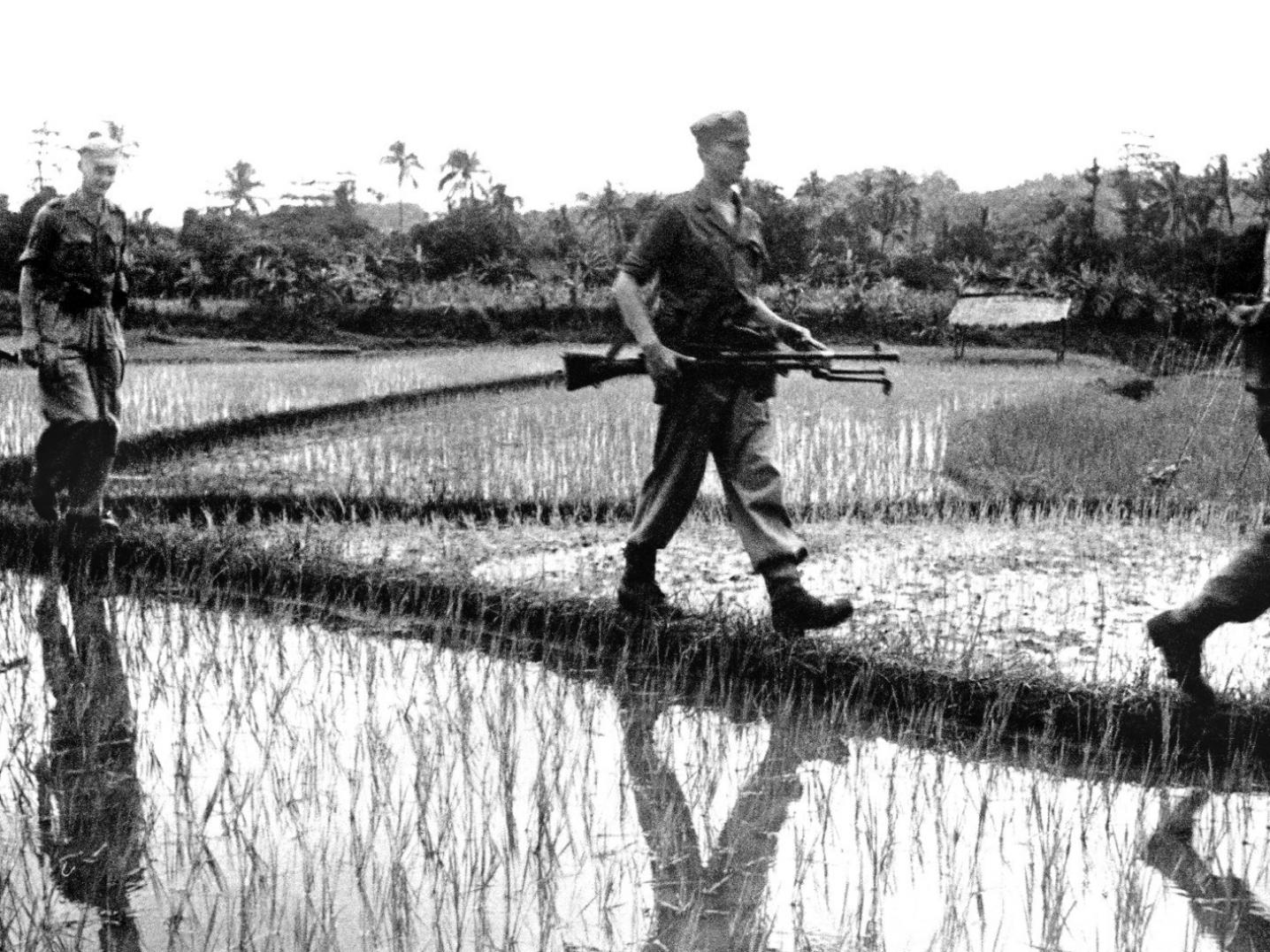 Today there is a growing interest for the Dutch-Indonesian shared past, of which the collective memory is slowly being revised. Research into the period 1945-1949 in Indonesia commissioned by the Dutch government is making Dutch newspaper headlines. This also happened when the book ‘De tolk van Java’ by Alfred Birney won the Libris Literature Prize last year. At DutchCulture we see that of all project proposals we receive for our Shared Cultural Heritage Matching Fund, a clear majority consists of projects on Indonesia and contribute to mutual reflection on the shared past of the Netherlands and Indonesia. Recently we have supported the photography project ‘I Love Banda’ of Isabelle Boon, a publication on the Dutch administrator in Aceh Friedrich Wilhelm Stammeshaus by John Klein Nagelvoort, and a book tour through Indonesia by Maarten Hidskes who spoke with descendants, veterans and academics about their memories of the Indonesian War of Independence.

A special relationship
Young Indonesians with whom I am in touch regularly, also recognize the importance of a shared cultural future for the Netherlands and Indonesia. For Putri Melati (25, architectural researcher) understanding the shared past with the Netherlands is key to understanding the complex puzzle of Indonesia’s history. Rezki Dikaputera (25, architect) adds that Indonesian archives with Dutch documents should be accessible to young academics and heritage professionals. Ashdianna Rahmatasari (33, planner) and Punto Wijayanto (40, university lecturer) both think that Dutch expertise can help with challenges Indonesia is currently facing, whether in heritage management, water management or urban planning. 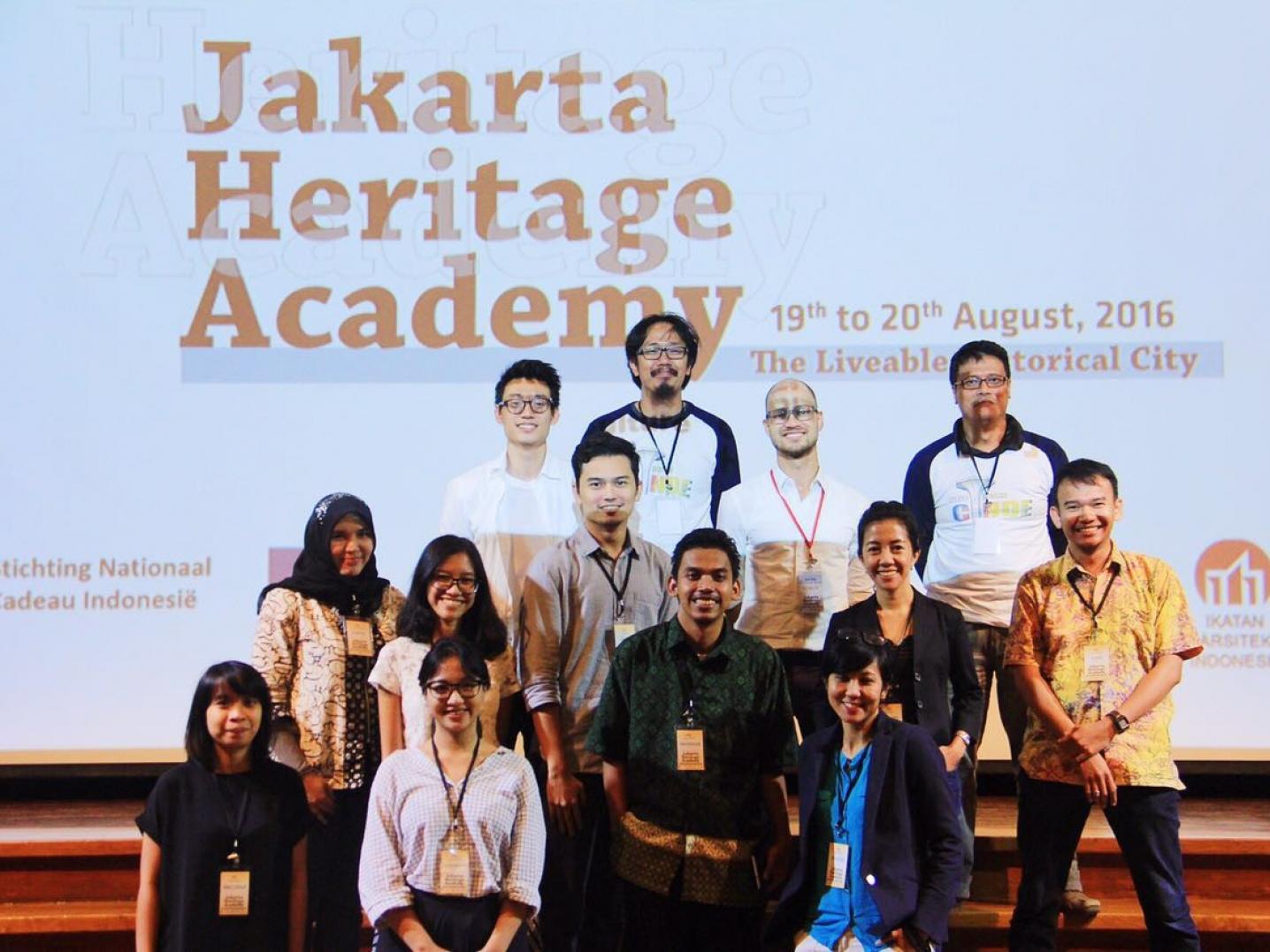 Sandwiched between two massive concrete residences – one still under construction – a low house with a tiled roof and a somewhat kitschy colonnade is standing strong. Through the high, sealed off entrance gate I cannot see whether this is a new building or it just received a big facelift. But it does not matter. It is 2016 and in the middle of chaotic and overwhelming Jakarta I have found the house where my mother used to live. For me this is the place where past, present and the future come together.